Whether personal or political, enormous or intimate, musical or theatrical, there are some who simply can’t get enough of the stage. To any and all such lovers of the lyric, we recommend the following five books illuminating the power, and pleasure, of performance.

Down the Highway / Howard Sounes
Based on three years of research, new documentary evidence, and exclusive interviews, Down the Highway is one of the most complete, authoritative biographies of Bob Dylan now in print. Sounes gives inside accounts of the tours, the creation of every album and the most celebrated songs, Dylan’s labyrinthine love life, his life-threatening heart illness in 1997, and more—directly from interviews with girlfriends, family, friends, producers, concert promoters, and fellow musicians.

Hamlet Globe to Globe / Dominic Dromgoole
Two years, 193,000 miles, 190 countries, one play. For the 450th anniversary of Shakespeare’s birth the Globe Theatre undertook an unparalleled journey, to take Hamlet to every country on the planet. From performing in sweltering deserts, ice-cold cathedrals, and heaving marketplaces, and despite the threat of ambush in Somaliland, an Ebola epidemic in West Africa, and political upheaval in Ukraine, Globe artistic director Dromgoole shows the world through the prism of Shakespeare while gleaning new insight into Hamlet’s history, its meaning, and its pleasures.

Hapgood / Tom Stoppard
With his characteristically brilliant wordplay and extraordinary scope, Tom Stoppard has in Hapgood devised a play that “spins an end-of-the-Cold-War tale of intrigue and betrayal, interspersed with explanations of the quixotic behavior of the electron and the puzzling properties of light” (New York Times). It falls to Hapgood, an extraordinary British intelligence officer, to try to unravel the mystery of who is passing along top-secret scientific discoveries to the Soviets.

Singing at the Gates / Jimmy Santiago Baca
Award-winning writer Jimmy Santiago Baca is lauded for his talent in weaving personal and political threads to create a pertinent, poignant narrative. He addresses universal issues with vigor and passion, paired with emotional grace and vivid sensory detail. Singing at the Gates is a collection of Baca’s work that stretches back over four decades—poems that revitalize the national dialogue: raging against war and imprisonment, celebrating family and the bonds of friendship, heightening appreciation for and consciousness of the environment.

S O S / Amiri Baraka
Fusing the personal and the political in high-voltage verse, Amiri Baraka—”whose long illumination of the black experience in America was called incandescent in some quarters and incendiary in others” (New York Times)—was one of the preeminent literary innovators of the past century. Praised for its lyricism and introspection, his early poetry emerged from the Beat generation, while later writing is marked by rebellious fervor and subversive ideology. This volume comprises the fullest spectrum of Baraka’s work, from his first collection to previously unpublished pieces composed during his final years. 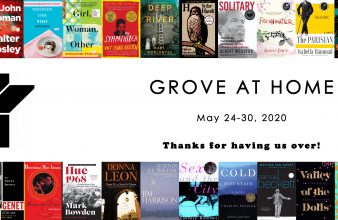