Whether war veterans or aficionados of complex stories of the world in and out of combat (or both), we suspect those dads with a history habit will enjoy the following offerings from our long tradition of publishing outstanding military history and novels.

Cold Mountain / Charles Frazier
Originally published by Atlantic Monthly Press in 1997, Charles Frazier’s debut novel Cold Mountain made publishing history when it sailed to the top of The New York Times best-seller list for sixty-one weeks, won numerous literary awards, including the National Book Award, and went on to sell over three million copies. The extraordinary story of a soldier’s perilous journey back to his beloved at the end of the Civil War, this at once an enthralling adventure, a stirring love story, and a luminous evocation of a vanished land, a place where savagery coexists with splendor and human beings contend with the inhuman solitude of the wilderness.

Fobbit / David Abrams
Based on the author’s own experiences serving in Iraq, Fobbit takes us into the cha­otic world of Baghdad’s Forward Operating Base, or FOB, Triumph. A lot of what goes on at the FOB doesn’t exactly fit the image of war that the army and the government feed us: grunts playing Xbox and watching NASCAR between missions, senior staff more concerned about getting to the chow hall in time for the all-you-can-eat seafood special than worrying about military strategy. Like Catch-22 and M*A*S*H, Fobbit fuses pathos with dark humor to create a witty and profound work about the banal truth of life in the modern-day war zone.

Hue 1968 / Mark Bowden
Bestselling Black Hawk Down author Mark Bowden’s most ambitious work yet, Hue 1968 is the story of the centerpiece of the Tet Offensive and a turning point in the American War in Vietnam. Played out over twenty-four days of terrible fighting and ultimately costing 10,000 combatant and civilian lives, the Battle of Hue was by far the bloodiest of the entire war, and Bowden masterfully reconstructs this pivotal moment in history. With unprecedented access to war archives in the U.S. and Vietnam and interviews with participants from both sides, Bowden is able to narrate each stage of this crucial battle through multiple points of view.

Matterhorn / Karl Marlantes
Intense, powerful, and compelling, Matterhorn is the timeless story of a young Marine lieutenant and his comrades in Bravo Company, who are dropped into the mountain jungle of Vietnam as boys and forced to fight their way into manhood. Standing in their way are not merely the North Vietnamese but also monsoon rain and mud, leeches and tigers, disease and malnutrition. Written over the course of thirty years by a highly decorated Vietnam veteran, Matterhorn is a visceral and spellbinding novel about what it is like to be a young man at war.

The Rise of Germany, 1939-1941 / James Holland
The first in a three-volume revisionist history of World War II in Europe, North Africa, and the Atlantic from a highly acclaimed young British historian. For seven decades, our understanding of World War II has been shaped by conventional wisdom, propaganda, and the dramatic but narrow experiences of soldiers on the ground. In this sweeping narrative history, James Holland deploys deep research, incisive analysis, and a profound sense of humanity to enhance our understanding of one of the most significant events in history. Follow this with volume two, The Allies Strike Back, 1941-1943 (currently out in hardcover; paperback edition publishes in October 2018)—then stay tuned for the forthcoming third and final title in the trilogy.

Thomas Cromwell / Tracy Borman
Thomas Cromwell has long been reviled as a Machiavellian schemer who stopped at nothing in his quest for power. As Henry VIII’s right-hand man, Cromwell was the architect of the English Reformation, secured Henry’s divorce from Catherine of Aragon, plotted the downfall of Anne Boleyn, and, upon his arrest, was accused of trying to usurp the king himself. But here Tracy Borman reveals a different side this notorious historical figure: that of a caring husband and father, a loyal servant and friend, and a revolutionary who helped make medieval England into a modern state. Grounded in excellent primary source research, Thomas Cromwell gives an inside look at a monarchy that has captured the Western imagination for centuries.

Washington’s Immortals / Patrick O’Donnell
In August 1776, little over a month after the Continental Congress had declared independence from Britain, the revolution was on the verge of a disastrous end. General George Washington was outmanned and outmaneuvered at the Battle of Brooklyn. But thanks to desperate charges by the “Immortal 400” regiment, the Continental Army lived to fight another day. In Washington’s Immortals, Patrick O’Donnell tells the larger story of the Revolutionary War through the lens of this famously heroic group. O’Donnell is also the author of the recently-published The Unknowns, a searing narrative that takes readers into the heart of combat in World War I. 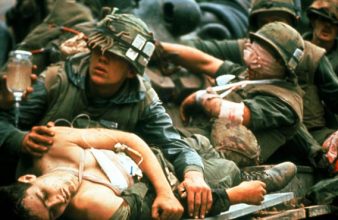