Published in 1964, and again today: Jean Genet’s The Thief’s Journal, with a intro by Patti Smith 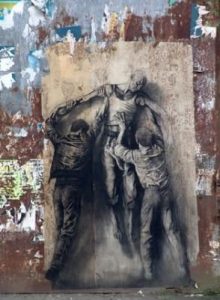 Today, we’re exhilarated to be republishing Jean Genet’s The Thief’s Journal, the iconic book that launched its author into the firmament of avant-stardom, complete with Jean-Paul Sartre’s legendary original foreword, and a brand-new introduction by Genet’s great admirer Patti Smith.

Genet’s is not a cookie-cutter story of literary success. Born in 1910 to a young prostitute mother, he was raised in a series of households, and fell at a young age into a life of petty criminality — picking pockets, passing papers, trading money for sex, and other offenses. Dishonorably discharged from a stint in the Foreign Legion, he went on to tramp through the cities and towns of Europe, thieving and prostituting, keeping one step ahead of the authorities.

Genet began writing while in jail in 1942, with Our Lady of the Flowers, a vivid autofiction of life in the margins of Paris’s interlocking underworlds. He followed it up a few years later with The Thief’s Journal, a gently fictionalized account of his young adulthood that endeavored, in incandescent prose rich with Catholic allusions, to invert the inherited bourgeois morality that prevailed in newly-liberated France. Genet’s was a world in which the virtuous were thieves and murderers, saintliness was born of criminality, devotion expressed through betrayal, dereliction the mark of exaltation. The margins of society were at the center of his vision, evil the brightest star in his moral zodiac.

In 1964, fifteen years after Éditions Gallimard brought it out in France, Grove Press published The Thief’s Journal in a dexterous English translation by Bernard Frechtman. The book was an immediate stateside sensation, with the New York Times musing, “It is odd that no censorship proceedings have been taken against the works of Jean Genet.” That review also notes, more probingly (if still in thrall to long-expired conventional wisdom on queerness, deviance, and, indeed, literature) that “Genet’s dedication to evil is the opposite of a dedication to chaos. On the contrary, it is the reification and perhaps deification of ideas of order.” 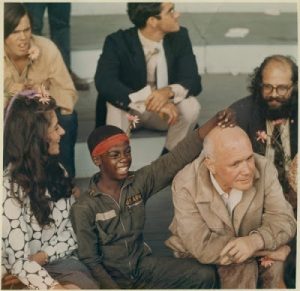 Jean Genet and Allen Ginsberg at the 1968 Democratic Convention in Chicago.

But if the New York Times didn’t know quite what to do with Genet, an ascendant generation of writers, artists, and exuberant, beautiful misfits did. Genet became a hero to the Beats — Jack Kerouac called him “Genet the divine knower of Flowers,” and Allen Ginsberg and William S. Burroughs brought him to Chicago for the 1968 Democratic Convention. In 1968, a twenty-one-year-old aspiring poet and singer named Patti Smith bought a copy of The Thief’s Journal in the West Village, rode the subway home to Brooklyn, and spent a snowy night reading it aloud to her roommate, a twenty-one-year-old aspiring photographer named Robert Mapplethorpe.

Smith writes about that night, and the powerful magnetism Genet’s writing has exerted over her own career and the bigger world, in her introduction to the new edition, which you can read right here at the Paris Review. She also writes about a holy mission she undertook a few years later, as Genet — increasingly appreciated around the world, and increasingly trenchant in his radical politics — inched toward death. With encouragement from Burroughs and poet Gregory Corso, she traveled to Saint-Laurent-du-Maroni, to the French penal colony in the freedom of whose confinement Genet’s career as a writer had been born, to gather a handful of stones. The plan was to bring them to Genet, then seriously ill with throat cancer, as a consolation. She didn’t get it to him before he died at seventy-five in 1986, but she held onto the stones, and, decades later, made a pilgrimage to his gravesite in Larache, Morocco, to complete the tribute at last:

Today, The Thief’s Journal stands as a landmark of transgressive writing, an effulgent flower rising from the trash-heap of a world bedeviled by complacency. It’s as shocking, vital, and punch-to-the-gut gorgeous as it was seventy years ago. And, in a fresh edition with Sartre’s original critical foreword (“Here, Genet speaks of Genet without intermediary”) and Smith’s wonderful new introduction, it awaits, smiling as slyly as ever.

There is, after all, a close relationship between flowers and convicts. 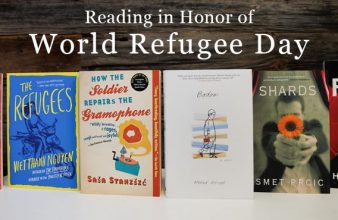