This weekend, Akwaeke Emezi sat down with NPR‘s Scott Simon to discuss her debut novel, Freshwater, which Simon describes as “the lyrical, nonlinear story of a woman named Ada, born in Nigeria with, as she puts it, ‘one foot on the other side.'”

Over the course of this short, illuminating conversation, Emezi, in addition to reading from Freshwater, discusses a number of the novel’s central themes, providing an emotional, spiritual, and intellectual map of the book Sam Sacks of the Wall Street Journal calls “[A] witchy, electrifying story of danger and compulsion” and the Guardian‘s Taiye Selasi calls “[S]heer perfection: sexy, sensual, spiritual, wise…One of the most dazzling debuts I’ve ever read.”

Here’s just a sampling of what they got into: using one’s life “as an archive;” the We inside of Ada, the novel’s protagonist; mental health; and the relationship between colonialism and the single-minded realities we’re told we must accept:

“I think part of the thing that’s a problem, really, in the world today is this inability to acknowledge multiple realities, and this insistence that there has to be one dominant reality, and everything that falls outside that reality is false and untrue. And that’s how colonialism worked in great part (…) with my work, I’m not really interested in trying to convince anyone to shift their center, I’m just refusing to shift mine.”

It’s a brilliant conversation. Listen to it in full right here.

Freshwater was published on February 13, 2018 by Grove Press. It is available now wherever good books are sold.

If you’d like the chance to hear Akwaeke Emezi speak further about her new novel, follow us on Twitter at @groveatlantic. And, if you get the chance, definitely catch her on one of her upcoming tour dates. 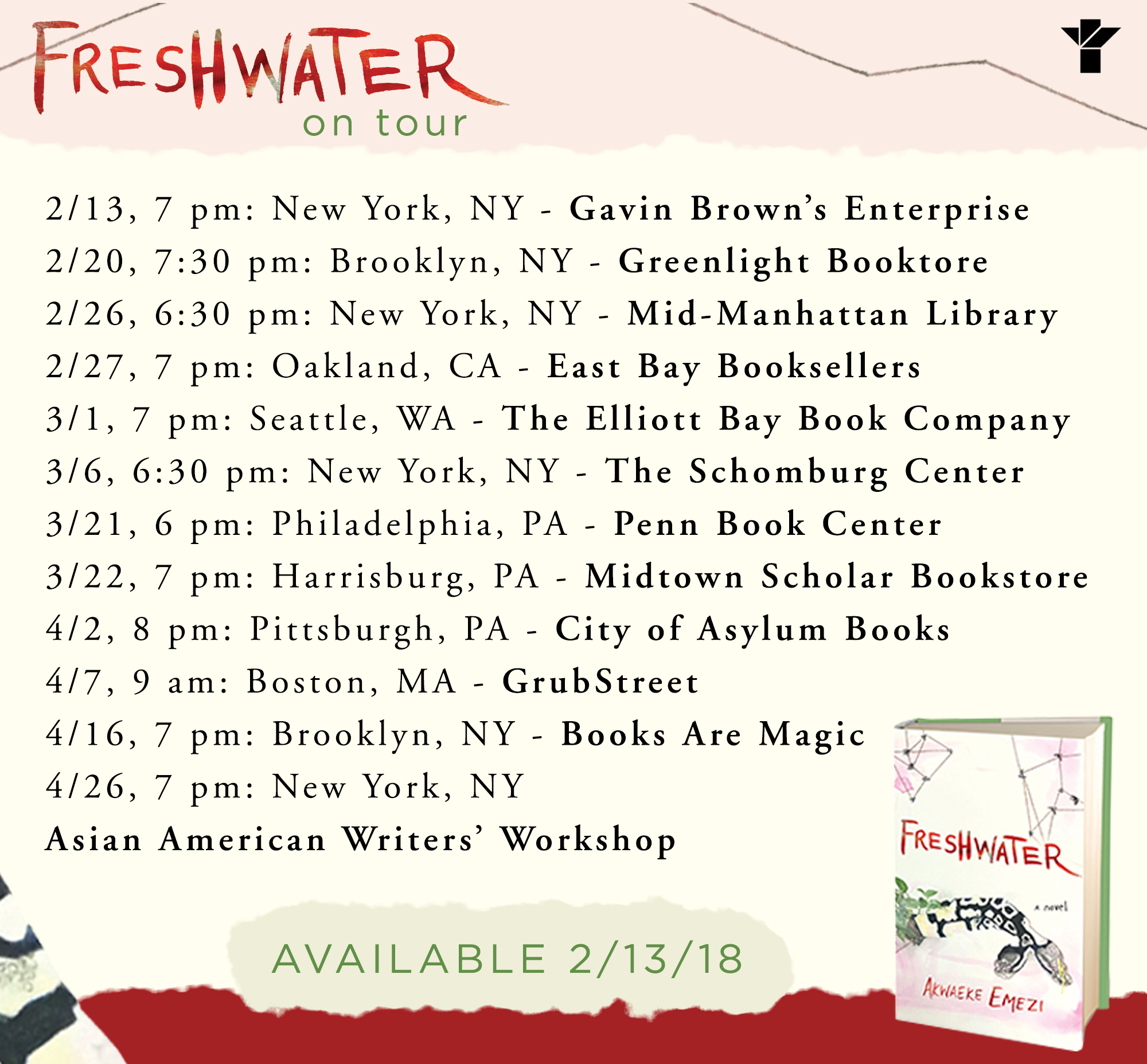