As 2018 begins winding down, we can look back and say that it’s been, in some ways, the Year of Yan Lianke, hailed aptly by the Financial Times as “China’s most feted and most banned author.” Yan’s international profile has never been higher — recent weeks have seen a major, in-depth profile at the New Yorker, a stunning interview with the Guardian, selection as The Week’s Author of the Week, and no shortage of critical raves. Modest, direct, and, he avers, virtually unread in his own country, Yan may be something of an unlikely standard-bearer for world protest literature. And yet, increasingly, that’s exactly what he is — a role likely only to be bolstered by his latest work to appear in English, the novel The Day the Sun Died, forthcoming on December 11th.

Yan was born around 1958 in a small farming village in China’s Henan Province. An avid reader from a young age (he describes the classic novel Dream of the Red Chamber as his “first love”),  he spent his adolescence in manual labor before joining first the army, then the Communist Party. His path as a writer hasn’t been an easy one: more than one of his books has been officially banned in China, and his career has been marked by periods of mandatory self-criticism. He has also been de facto censored by the government’s denigration of his work: “Anything that has the name Yan Lianke is indiscriminately removed from the shelves” of China’s bookstores, he recently told the New Yorker.

Besides that, Yan has spoken eloquently of Chinese writers’ tendency to adopt practices of self-censorship. As he recently told Words Without Borders’ Chenxin Jiang, “Every Chinese author thinks that their own writing is free and uncurbed, but only because we’re not aware of the restrictions we have internalized: the most chilling thing is the way we censor ourselves. We need to acquire a degree of inner freedom. We can’t blame everything on the state censors.” 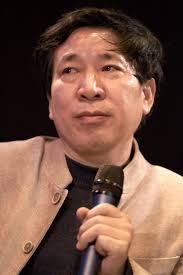 It’s not hard to see why the bureaucrats find Yan so threatening. His fiction offers a trenchant rebuke to the official policies and practices of the Chinese government, shot through with preternaturally keen perception, a powerful sense of justice, a remarkable gift for allegory, and visceral language whose earthy pungency seems to hearken back to the farmland on which he was raised. While he retains a warmth, a feeling for the vitality of human relationships and an openness to wonder, Yan has also been unstinting in his readiness to decry those currents in Chinese society that push against these humane impulses.

A case in point, concerning the author’s birthplace, comes from the wonderfully detailed, powerfully observed profile of Yan that the New Yorker recently published. Staff writer Jiayang Fan explains, “I asked to see the one-room mud house where Yan was born, and they led me to a windowless concrete box topped with a sheet of corrugated metal. The old house was gone, Yan said, but the story of its destruction was an instructive parable. A dozen years ago, he’d wanted to buy it, but the current owner, a farmer, resisted, and the more money Yan offered the more intransigent the farmer became. One day, a neighbor saw that all the earth around the building had been dug up. Yan realized that the amounts of money he’d been offering had convinced the farmer that there must be valuables buried there. The ethic of zhan pianyi [a phrase, literally meaning ‘occupy small advantages,’ that describes the imperative to ‘be on the sweeter end of a bargain’] dictated that Yan must be trying to lowball him and that he’d be crazy to sell without having discovered what made an uninhabitable mud hut so desirable. The Cultural Revolution had robbed an entire generation of the concept of sentimental value.”

Still, despite the countervailing winds of official disapprobation and the vague but real threat of reprisal that hangs over him, Yan continues to write, his international profile growing with each book. In the US, we’ve been fortunate and proud to publish his work in English translation for years. Condemned by China’s Central Propaganda Bureau as “overflowing with sex” and “slandering Mao Zedong,” Serve the People!, which we published in 2008 in a translation by Julia Lovell, peeks behind the curtain at the sexual and social upheavals of the Cultural Revolution, portraying a love affair marked by both illicit desire and bureaucratic functionality. In 2012, we published Dream of Ding Village, translated by Cindy Carter — one of the books that has caused Yan the most trouble at home, it unflinchingly portrays a town’s savage race to the bottom of China’s booming, HIV-suffused mid-nineties blood market. More books followed: 2013’s Lenin’s Kisses, 2016’s The Four Books and The Explosion Chronicles, and 2017’s The Years, Months, Days, all translated by Carlos Rojas, all praised by critics, readers, and a global community of writers that has coalesced to support Yan’s work and defend his right to continue producing it. 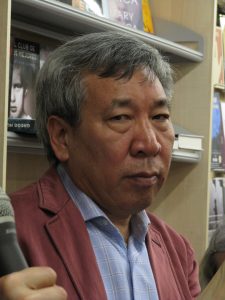 This year, on December 11th, we’ll be publishing Yan’s latest — and it’s a scorcher. The Day the Sun Died, translated again by Carlos Rojas, cements Yan’s place as China’s boldest and most vitally important novelist. One night, young Li Niannian finds the entire population of his town, one by one, have started sleepwalking, acting out beneath the moon all the impulses and desires they’d suppressed while the sun was out. The small Li family are the only ones who can end the chaos that quickly proliferates.

The Day the Sun Died has already received starred reviews from Publishers Weekly, where it was called “riveting, powerful powerful reading” and named a best book of the year, and from Kirkus, which declared it a “dreamscape realized… belong[ing] in the company of Juan Rulfo’s Pedro Páramo and even James Joyce’s Ulysses.”

When the book cane up in Yan’s recent interview with the Guardian, he said: “I wanted merely, through writing about sleepwalking, to reflect a lot of basic and fundamental truths about the human heart… My idea had been to use sleepwalking to explore what happens when people have the chance to do the things that they are always thinking about, but which in ‘real life’ are absolutely impossible to do, whether they are evil things or good. It’s about longings that are being repressed.”

The Day the Sun Died hits shelves on December 11th. You can click here for more information on pre-ordering it. It’s a powerful, excellent introduction to the work of Yan Lianke — a lynch pin of world literature, and writer we’ll be reading for a long, long time. 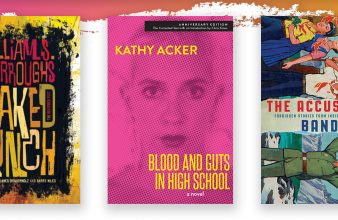