A recently published book by Boston University historian Cathal Nolan, The Allure of Battle, argues that strategists, generals, and military historians have long placed too much emphasis on big battles in trying to win—or understand—the wars of which they are a part. Mark Bowden’s Hue 1968, a thoroughly researched and compelling new account of the most controversial battle of the Tet Offensive in Vietnam, might be taken as a kind of rejoinder to Nolan’s book.

The story of Hue, like the story of Vietnam, is awash in paradox, irony, and senseless destruction.

Bowden, author of the much-acclaimed Black Hawk Down, treats Hue as a microcosm of the Vietnam War. His account limns many of the ambitions, delusions, and misconceptions on both sides—those of key decision-makers, military commanders, and ordinary soldiers alike—that made the war such a vicious and destructive tragedy. The story of Hue, like the story of Vietnam, is awash in paradox, irony, and senseless destruction. The Communists took the city knowing they could not hold it, and the Americans virtually destroyed the place wresting it back.

Bowden reconstructs the battle with extraordinary skill and dexterity, anchoring the narrative firmly in the experiences of scores of participants—mostly American Marines and soldiers, some South Vietnamese, and a surprisingly large number of Vietcong and North Vietnamese soldiers, and their supporters in the National Liberation Front. More than 150 veterans and survivors were interviewed at length for this project. Quite a few of the interviewees were very forthcoming, telling the author not only what they did and what they saw during the battle, but what they felt about it, both at the time, and from the vantage point of today.

by James A. Warren for The Daily Beast

Read The Rest At The Daily Beast > 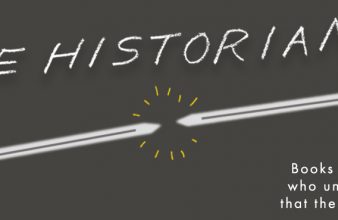