10 Scandalous Facts About the 1958 Novel Candy

Today marks the publication of our 60th anniversary edition of Terry Southern and Mason Hoffenberg’s Candy. Originally published in 1958, the book is now a counter-culture classic about whose publication Life magazine claimed, “Sex in America, after this event, will never be the same.”

The actor, writer, and comedian B.J. Novak has provided an intro to the new edition. He writes:

Candy begins with exhilarating precision; the opening chapters are my favorite pages of any book ever written, with its exquisitely tuned language guiding us through an ecstatic parody of outrageous ego-driven meaninglessness, pulled off with the combination of subtle precision and insane audacity that you might find in a pilot successfully flying a plane under the Brooklyn Bridge.

Click here to read an excerpt of Novak’s intro in The Paris Review.

Our new edition adds a new chapter in the wild publishing history of this “transcendent work of nihilist comedy brilliance” (Novak). What do we mean? Read on—in 2018 the following ten facts may not shock you, but we bet they’ll get you reading.

1.) Candy was illegally distributed in France under the title “Lollipop” (to fool authorities). 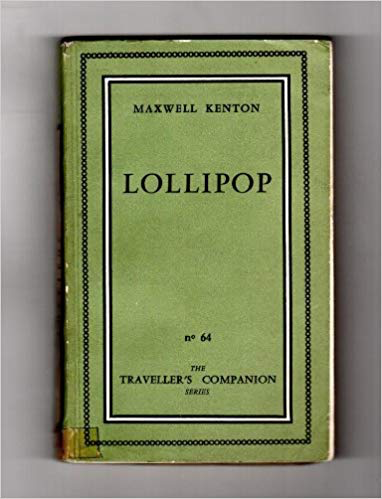 2.) Banned in stores and libraries across America, Candy was defended by scores of librarians who resisted its censorship.

4.) Candy was made into a feature film starring Marlon Brando, Ringo Starr, and Richard Burton.

5.) The book was written under the pen name Maxwell Kenton to protect the American authors in France from deportation.

6.) The original U.S. publisher decreed that if a pirated edition appeared, the authors would be paid nothing. 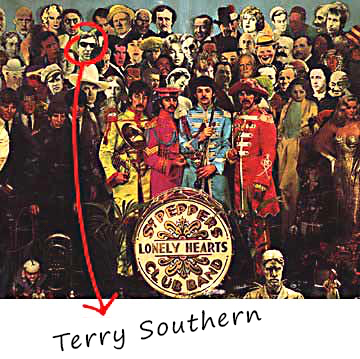 8.) Though the book made millions, the authors were paid about $200 each.

9.) Candy was one of the most successful titles originally published by Maurice Girodias—whose other successes include Lolita, Tropic of Cancer, and Naked Lunch.

10.) Targeted by the FBI as pornography, Candy was redeemed as “satire” by an FBI analyst reporting to J. Edgar Hoover. The original FBI memorandum is printed in this 60th anniversary edition. Check it out: 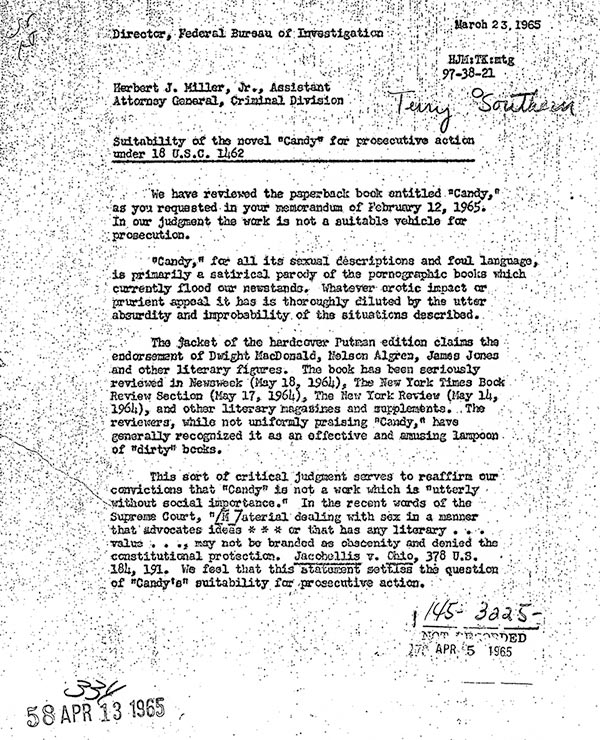 Candy is in bookstores now. 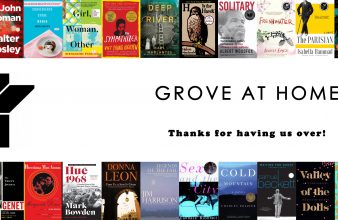 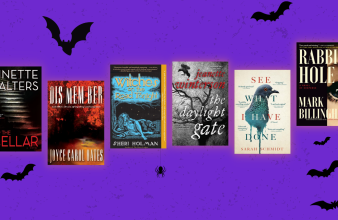