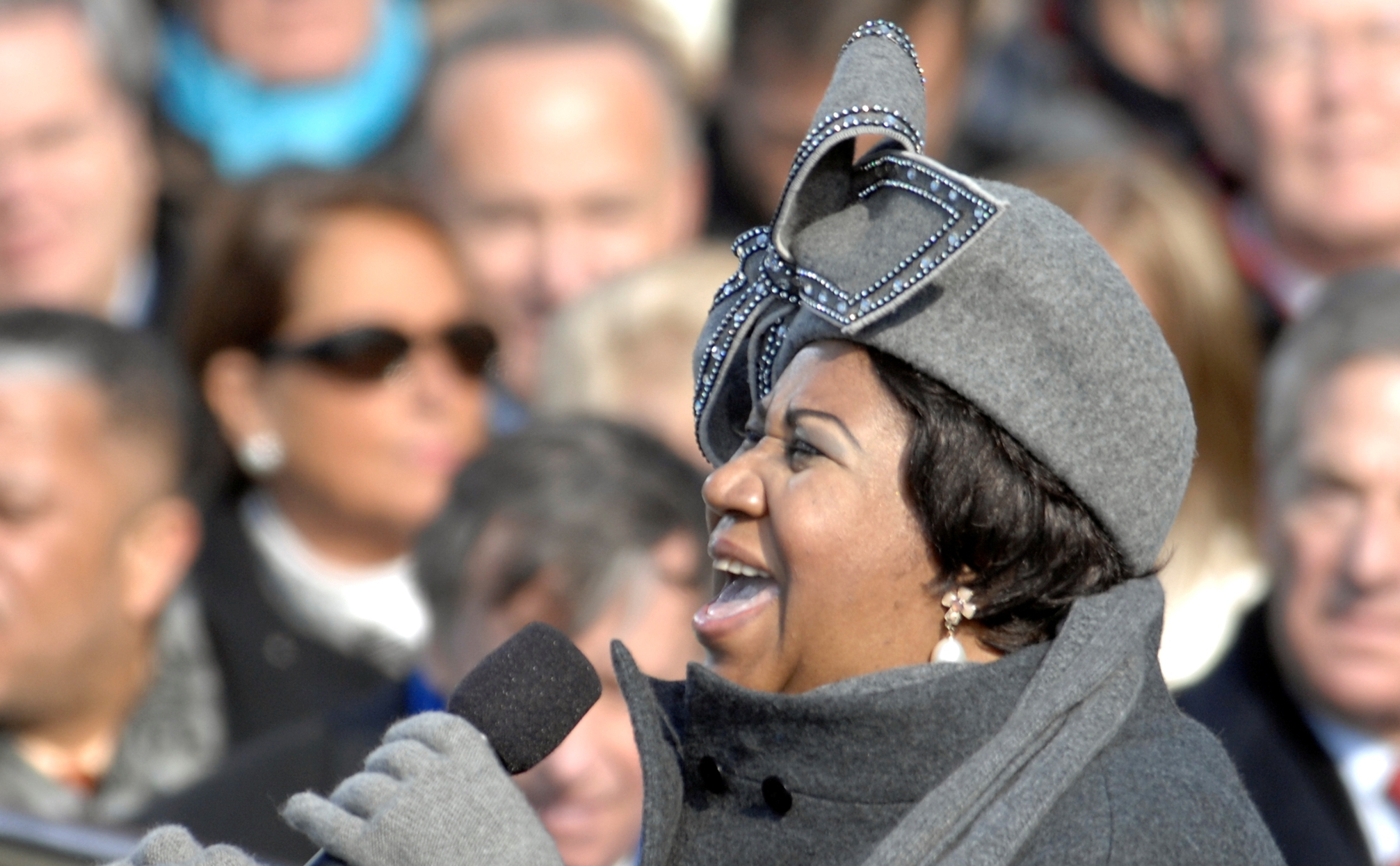 This spring, Grove Atlantic published the thirtieth anniversary edition of 1968 in America: Music, Politics, Chaos, Counterculture, and the Shaping of a Generation, Charles Kaiser’s pathbreaking, compulsively readable history of a watershed year in this nation’s troubled history.

“Nothing else can survive a holocaust but poetry and songs.”
—Jim Morrison 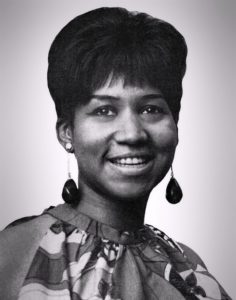 Aretha Franklin in the late sixties. Via WikiMedia Commons.

In 1968 Aretha Franklin was the most sensational black soloist of them all. She was the daughter of a Baptist minister from Detroit whose choir had once included Sam Cooke. Of all the hundreds of black and white voices young America fell in love with in the sixties, none was more powerful than hers. As soon as legendary talent scout John Hammond listened to a primitive demo of her voice, he knew she was the best he’d heard since Billie Holiday. In 1960 he signed her up for Columbia Records, where Goddard Lieberson had hired him earlier that year. Unhappy at Columbia, Aretha moved to Atlantic Records in 1965. Within two years, she had a number-one hit with “Do Right Woman—Do Right Man.” From 1967 to 1970 she sold nine million singles and three million albums.

Nothing after Martin Luther King Jr. would be more important to America’s racial progress than her success, and that of all the other magnificent performers from Motown, Atlantic, and Stax.

Aretha’s greatest achievement in 1968 was also one of the great albums of the era. Aretha Now was a remarkable fusion of blues, soul, and pop. Its ten songs encapsulate most of the possibilities inherent in the collaborations that produced so much of the best music of the sixties. These black and white combinations, which had begun because of John Hammond, yielded some of their greatest dividends exactly thirty years after he produced “Spirituals to Swing.” Aretha Now melded the talents of a black vocalist, a Jewish record producer (Jerry Wexler), and black and white songwriters (Sam Cooke, Aretha Franklin, Burt Bacharach, and Hal David, among others) to produce a joyful, soulful, sad, and touching record: a perfect emblem of its time. “I Say a Little Prayer,” which was one of the album’s biggest hits, was a song written by two white men (David and Bacharach) for another black vocalist (Dionne Warwick). Warwick’s softer version was also very sexy, but to many listeners the soulful edge Aretha added made her interpretation sound almost like a reproach. And her rendition of the Sam Cooke classic “You Send Me” provided a wonderfully succinct summary of the difference between how it felt to be young in America in 1957 (when Cooke first recorded it) and what it was like in 1968. Aretha’s version re-creates all of the sweetness of the 1957 original; but in place of the dreamlike quality Cooke infused it with, the 1968 model has a raucousness and pathos as painful and exuberant as the events of the year in which it appeared. Just listening to it was enough to make this seventeen-year-old white boy feel joyful, soulful, and cool wherever I was.

And for many years, I made sure that every dance party I attended with Judy and Sal and Ann and Steve and Nancy and Joe and Janet always included one slow dance, between me and my magnificent friend Rod Routhier: a quiet act of gay liberation and brotherly affection.

The song was always the same: Aretha singing “I Can’t See Myself Leaving You,” spinning from my Garrard Lab 80 turntable.

This one’s for you Rod—from our Queen of Soul.

Charles Kaiser, the author of 1968 in America, has been a reporter at The New York Times, The Wall Street Journal, and Newsweek. He has also written for Vanity Fair, New York, and The Washington Post. He has taught journalism at Columbia and Princeton, and is the author of The Gay Metropolis, a history of gay life in New York City since 1940.

The Gay Metropolis: 50 Years After Stonewall