People are talking about Isabella Hammad’s debut novel, The Parisian, forthcoming on April 9th. A lot of people.

Zadie Smith calls it “a sublime reading experience: delicate, restrained, surpassingly intelligent, uncommonly poised and truly beautiful. It is realism in the tradition of Flaubert and Stendhal — everything that happens feels not so much imagined as ordained.” She adds, “That this remarkable historical epic should be the debut of a writer in her mid-twenties seems impossible, yet it’s true. Isabella Hammad is an enormous talent and her book is a wonder.”

Jonathan Safran Foer writes that it’s “a gripping historical novel, a poignant romance, and a revelatory family epic. Above all, it is a generous gift. There is a kind of joy that can hold not only pleasure, but struggle, and even sadness. This novel tells that kind of joyful story, and evokes that kind of joy in the reader.”

Irenosen Okojie calls it “exquisite, intricate and wise.” We could go on. 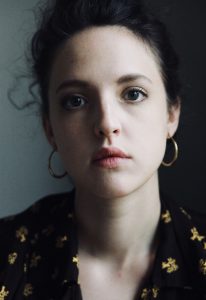 As this praise makes clear, The Parisian is several things at once. It is the vividly imagined story of Midhat Kamal, a young dreamer born in Ottoman Palestine not long before the turn of the twentieth century, who travels to France to study medicine, and returns home to find himself and his country deeply changed. We see life through the lens of Midhat’s travels, his education, and, not least of all, his romances. It is also a story of Palestine, of a people’s struggle for national independence and a movement that would inspire hope, stir violence, and define lives. And, not least of all, it is the ferocious debut of a gifted, Plimpton Prize-winning young writer we’ll be reading for years to come.

The media response has not been lukewarm. In a starred review, Publishers Weekly writes, “Hammad taps into the satisfying slow-burn style of classic literature with a storyline that captures both the heart and the mind… Richly textured prose drives the novel’s spellbinding themes of the ebb and flow of cultural connections and people who struggle with love, familial responsibilities, and personal identity. This is an immensely rewarding novel that readers will sink into and savor.”

In its starred review, Kirkus praises Hammad’s “poet’s eye for detail” and calls the book “closely observed and elegantly written.” And noting the author’s “immense skill and confidence,” the Guardian calls it “a hugely accomplished historical sweep of a book.”

Recently, Isabella Hammad came by our offices to talk about The Parisian, her family history, her literary influences, and more. Enjoy this video, in which she discusses reading To the Lighthouse when she was too young, carrying around a copy of The Recognitions, and more:

And then watch this one, in which she discusses the characters, settings, and historical backdrop to the book:

The Parisian hits bookstores on April 9th! For a complete listing of tour dates in New York, DC, and Massachusetts, click here.