Of our dear friend and longtime author P. J. O’Rourke, Grove Atlantic CEO and Publisher Morgan Entrekin says, “P. J. was one of the major voices of his generation. He was also a close friend and partner for more than 40 years. P. J.’s loyalty and commitment to first Atlantic Monthly Press and then Grove Atlantic enabled me to keep the company independent. For that I will forever be in his debt. His insightful reporting, verbal acuity and gift at writing laugh-out-loud prose were unparalleled. From his classics Modern Manners and Parliament of Whores to How the Hell Did This Happen, a result of his dismay at the 2016 election—P. J. kept providing fierce, smart, always amusing reports on the American condition.  His passing leaves a huge hole in my life both personal and professional. My thoughts and prayers are with Tina and their children.”

P. J. passed away the morning of February 15 from complications of lung cancer. A journalist and political satirist, O’Rourke wrote over twenty books on subjects as diverse as politics, cars, etiquette, and economics, including his two #1 New York Times bestsellers, Parliament of Whores and Give War a Chance.

Patrick Jake O’Rourke was born in Toledo, Ohio, on November 14, 1947.  He attended Miami University in Oxford, Ohio, and graduate school at Johns Hopkins where he was a Woodrow Wilson Fellow. After receiving an M.A. in English, O’Rourke worked at small newspapers in Baltimore and New York.

In the 1970s, O’Rourke became editor-in-chief of The National Lampoon, where he created with Doug Kenney the now classic 1964 High School Yearbook Parody. He was the Foreign Affairs Desk Chief for Rolling Stone, a position that allowed him to expose the hypocrisies of world politics from the Persian Gulf to the Philippines. O’Rourke was also a regular correspondent for The Atlantic Monthly, and his writing appeared in publications including Automobile Magazine, Esquire, Vanity Fair, Car and Driver, The Daily Beast, and The Weekly Standard.

In the early 1990’s he left Washington DC for his beloved New Hampshire where he continued to write. He was the H. L. Mencken Research Fellow at the Cato Institute, a regular panelist on NPR’s Wait Wait . . . Don’t Tell Me, and editor-in-chief of the web magazine American Consequences.  He leaves behind his wife, Tina O’Rourke, and three children.

Dwight Garner in the New York Times: “O’Rourke… came bombing in from the right side of the political spectrum, which made him doubly interesting. He was that rare conservative who appeared to be having a better time, and doing better drugs, than everyone else. He was well-read; he was, it often seemed, the only funny Republican alive.”

John Podhoretz in the New York Post: “P.J. O’Rourke was maybe the nicest person I’ve ever known, which is an interesting thing to say about a man who made his name and his reputation as a take-no-prisoners cynical wit and observer of political foibles.”

Christopher Buckley in the New York Times: “The boomer gen’s H.L. Mencken, P.J. was summa contra everything, but joyously. If you weren’t laughing, you weren’t listening. Along with his peers Oscar Wilde and Dorothy Parker, he was hyperaphoristic.”

Itxu Díaz in the American Spectator: “I admit that the influence of P.J. O’Rourke’s prose has not always led me down the easy road, but at least it has allowed me to have fun along the way. There is nothing I detest more than boring editorialists who think they can solve everything with the stroke of a column. What he wrote in All the Trouble in the World applies to them: ‘Everybody wants to save the earth; nobody wants to help Mom do the dishes.’”

Jamie Kitman in Car and Driver: “While his official political affiliation would in middle age see him become a Republican with a pronounced libertarian bent, he was, by way of example, as sharp-tongued and cantankerous about his new party as he was about Democrats and his former fellow travelers from the peace-and-love Sixties from which he’d emerged, a full-blown American archetype, a cranky ex-hippie who loved cars and could write his pants off.”

Frank McNally in the Irish Times: “He scoured West Belfast for one-liners, noting the high unemployment (‘125 per cent if you accept the locals’ figures’), bad housing (the Divis tower was ‘built in the Sixties before city planners discovered that you can’t stack poor people who drink’) and the locals’ high levels of media sophistication (‘so thoroughly journalised that urchins in the street ask, “Will you be needing a sound bite?” and criticise your choice of shutter speeds’).”

Jim Geraghty in the National Review: “He had no pretensions, mocked himself as much as he mocked everyone else, and just about every time he started typing, he nailed this tone of exasperated normalcy, this attitude of witty, snarky, irreverent incredulity with a sharp undertone of ‘Get out of my face.’”

New York Times: “He was a proud conservative Republican — one of his books was called ‘Republican Party Reptile: The Confessions, Adventures, Essays and (Other) Outrages of P.J. O’Rourke’ — but he was widely admired by readers of many stripes because of his fearless style and his willingness to mock just about anyone who deserved it, including himself.”

Washington Post: “Armed with pithy one-liners and a slashing style, Mr. O’Rourke worked in the tradition of H.L. Mencken, targeting hypocrisy, pomposity and contradiction wherever he found it.”

NPR: “The staff of [Wait Wait… Don’t Tell Me] wrote, ‘[O’Rourke] made his debut as a special guest on our first show after 9/11, when we needed someone to come on and be funny about terrible things, which, of course, was P. J.’s specialty.’”

Guardian: “O’Rourke was one of the most quoted writers in America, dissecting US politics and culture with a withering disdain and a powerful line in put-downs – often laced with a warm, self-deprecating humanity.”

Rolling Stone: “Respected for his wit and storytelling by people across the political spectrum, O’Rourke’s early essays suggested a liberal leaning… However, he soon changed his political stance and his work reflected libertarian conservatism.”

Los Angeles Times: “Though his rightward ideological shift was well underway by the time he was at the Lampoon — followed late in life by his public endorsement of Hillary Clinton over Donald J. Trump, his humor and skepticism were the major constants in his life and work.”

Associated Press: “His writing style suggested a cross between the hedonism of Hunter S. Thompson and the patrician mockery of Tom Wolfe: Self-importance was a reliable target. But his greatest disdain was often for the government — not just a specific administration, but government itself.”

USA Today: “O’Rourke was a Toledo, Ohio, native who evolved from long-haired student activist to wavy-haired scourge of his old liberal ideals, with some of his more widely read take downs appearing in a founding counterculture publication, Rolling Stone.” 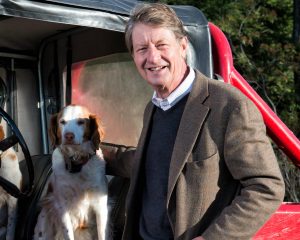 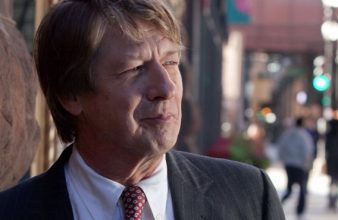 How the Hell Did This Happen? – PJ O’Rourke on Trump’s Election