In Convenience Store Woman, Sayaka Murata has written a bewitching portrayal of contemporary Japan, taking a sharp and timely look at the pressure to conform. Translated by Ginny Tapley Takemori, this “smart and sly novel” (Publishers Weekly) has the reading world talking this summer.

“The novel borrows from Gothic romance, in its pairing of the human and the alluringly, dangerously not. It is a love story, in other words, about a misfit and a store. Keiko’s self-renunciations reveal the book to be a kind of grim post-capitalist reverie” Waldman continues:

[S]he is an anti-Bartleby, abandoning any shred of identity outside of her work.”

“It may make readers anxious, but the book itself is tranquil—dreamy, even—rooting for its employee-store romance from the bottom of its synthetic heart.”

Listen to the full review below.

Readers curious about this book’s author, who herself worked in a convenience store for almost 20 years, will enjoy the recent Sayaka Murata profile featured in the New York Times. In her interview for the profile with Motoko Rich, Murata said of the novel,

“I wanted to illustrate how odd the people who believe they are ordinary or normal are.”

Among other accolades, Convenience Store Woman has been named an Indies Introduce Title, an Indie Next Pick, and an Amazon Best Book of the Month (Literature and Fiction); an excerpt of the book is available on Buzzfeed. Recent reviews from Barnes & Noble (“Keiko’s affectless, rather chilly approach lends itself to exquisitely deadpan comedy”) and The Huffington Post (“Through the eyes of perceptive, dispassionate Keiko, the ways in which we’re all commodified and reduced to our functions become clear”) have made illuminating commentary on this hit title as well. 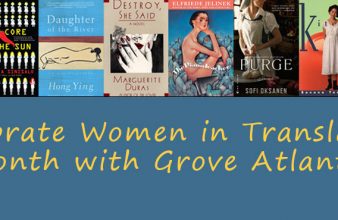