Dubravka Ugrešić on the “political poison” of nationalism

“The key word, which nobody ever mentioned, is ‘deprofessionalization.’” In late 2016, amid a global wave of nationalism that had just, among other things, seen Donald Trump elected US president, the Yugoslavian-raised writer and intellectual Dubravka Ugrešić gave a talk at the anti-human-trafficking NEXUS Institute, in which she discussed nationalism, its causes and effects, and her own experiences with it growing up under the pan-national Yugoslavian government — and then witnessing its collapse. Four years later, it is, if anything, more timely than ever.

“I acted how I thought a cute woman should act — it was horrible”: Sayaka Murata

Earlier this week we published Sayaka Murata’s Earthlings, a disquieting, exhilarating new novel translated, like her previous global smash Convenience Store Woman, by Ginny Tapley Takemori. Today, in a fantastic Guardian proile by David McNeill, Murata opens up about her childhood, her views on society, how she writes her books, and much more.

“Until recently, Sayaka Murata, who won Japan’s most prestigious literary award, the Akutagawa prize, worked in a convenience store. She had toiled in them for half her life, writing most of her 11 novels and two nonfiction books in her time off. Even after becoming a bestselling author (Konbini Ningen, or Convenience Store Woman, sold 1.4m copies and has been translated into 30 languages), she continued to work behind the counter until the attentions of an obsessive fan forced her to stop. ‘I was so used to the rhythm of working that I found it hard to hang around all day writing,’ she explains.” Continue reading…

Tomorrow marks the 82nd birthday of National Book Award-winning, Guggenheim Fellowship-receiving, all-around genius of American prose, Lily Tuck! We couldn’t be prouder to publish five of Lily’s books, most recently Heathcliff Redux, a mesmerizing collection centered on a novella that revisits and draws new energy from Wuthering Heights, the story of a woman recollecting her experiences in the Rajneesh cult (of Wild Wild Country fame), and much more. Back in April 2016, the Kenyon Review presented an evening of readings at Manhattan’s Strand Book Store, and Lily shared an excerpt from her novel The Double Life of Liliane.

Oh, and in tribute to Heathcliff Redux, here’s one literary adaptation that never gets old. You know you were thinking it. Wuther on, friends!

It’s the 149th anniversary of the Great Chicago Fire

149 years ago today, Chicago started to burn. The Great Chicago Fire of 1871 changed American history, and redefined one of this country’s great cities, forever. What do we need to understand about Chicago and the fire to make sense of it? For one thing, the city was young — “Chicago as a city only existed since 1937. In 1940 it had one to five thousand people, but by the time of the fire it had 330,000 people.” That’s one of a number of excellent points that Carl Smith, author of Chicago’s Great Fire, made when he appeared this week on “Reset,” on Chicago’s WBEZ radio, to discuss the fire, and his new book — the first to offer a carefully researched, readable, popular history of the fire — with host Justin Kaufmann.

What the Great Chicago Fire can teach us about conspiracy theories

In an editorial this week in the Chicago Tribune, Carl Smith writes, “When Chicago suffered its legendary fire of Oct. 8-10, 1871, which destroyed the entire commercial downtown and left 90,000 people instantly homeless, false rumors abounded. And not just that it all started when Mrs. O’Leary’s cow kicked over a lantern.” Urging us to learn from the past, and see how bad actors may “use disasters as fuel to keep conspiracy theories alive,” Smith pulls a vital lesson for the present out from the legacy of past disinformation: don’t let the rumors that circulate after disastrous events distort your political awareness.

“Compounding the tragedy of the recent Western wildfires have been rumors out of Oregon that blame antifa for purposely starting them. That this isn’t true hasn’t stopped the rumors from spreading on right-wing media. This in turn has inspired armed vigilante groups near the fires to confront strangers, including journalists covering the fires, as would-be arsonists.” Continue reading…

In this episode of the mid-fifties CBS news show “You Are There,” we get a funny kind of historical morsel: America’s newsman, Walter Cronkite, reports on the Great Chicago Fire, “in character” — that is, as though he were really there. If this seems slightly silly, it’s also a great chance to learn the basic outline of what unfolded in Chicago 149 years ago today. For a more in-depth understanding, the world would have to wait until Chicago’s Great Fire, the first carefully-researched, popular history of the catastrophe ever published. Order your copy today.

Yesterday, we finally got a look at the shortlists for this year’s National Book Awards. We were utterly delighted to see that Shuggie Bain, Douglas Stuart’s astonishing debut novel, is among the five excellent finalists in fiction! Here’s some coverage from USA Today, as we await the final announcement of November 18th. (As we’ve already mentioned, we’re also tremendously excited at the news that our own Walter Mosley will be winning an honorary National Book Award this year, the Medal for Distinguished Contribution to American Letters.)

Today would have been the 86th birthday of Amiri Baraka — the poet, playwright, critic, and vibrant force behind the Black Arts Movement. We recounted some of our long history with Baraka and his epochal work on his 84th birthday two years ago. Today, even six years after his death, Baraka remains a force to be reckoned with; earlier this year, the Poetry Project at St. Mark’s Church, here in New York, featured an event on “Baraka & Place,” assembling a remarkable list of participants that included Harmony Holiday, Anne Waldman, William Parker, Ammiel Alcalay, and more. Today, we’re thinking of him again, and watching this video of a 2008 reading he gave. In  a powerful introduction, writer Alexs Pate calls Baraka “the core strength of the thing I’ve devoted my entire life to: Black words and Black worlds.” In the video that follows, Baraka reads his own work, and discusses the cost of truth-telling, the controversy that led to his being forced to resign as Poet Laureate of New Jersey, and more.

Sayaka Murata on the imaginary aliens who enable us to survive

This week, we have the joy of publishing Earthlings, the new book by Sayaka Murata — whose Convenience Store Woman was a global smash a few years back — translated by Ginny Tapley Takemori. Today, at Literary Hub, Murata shares a remarkable essay about her personal history with imaginary aliens. (If you haven’t yet got your copy of Earthlings, rest assured you read that right: her personal history with imaginary aliens.) You should certainly read it at once. 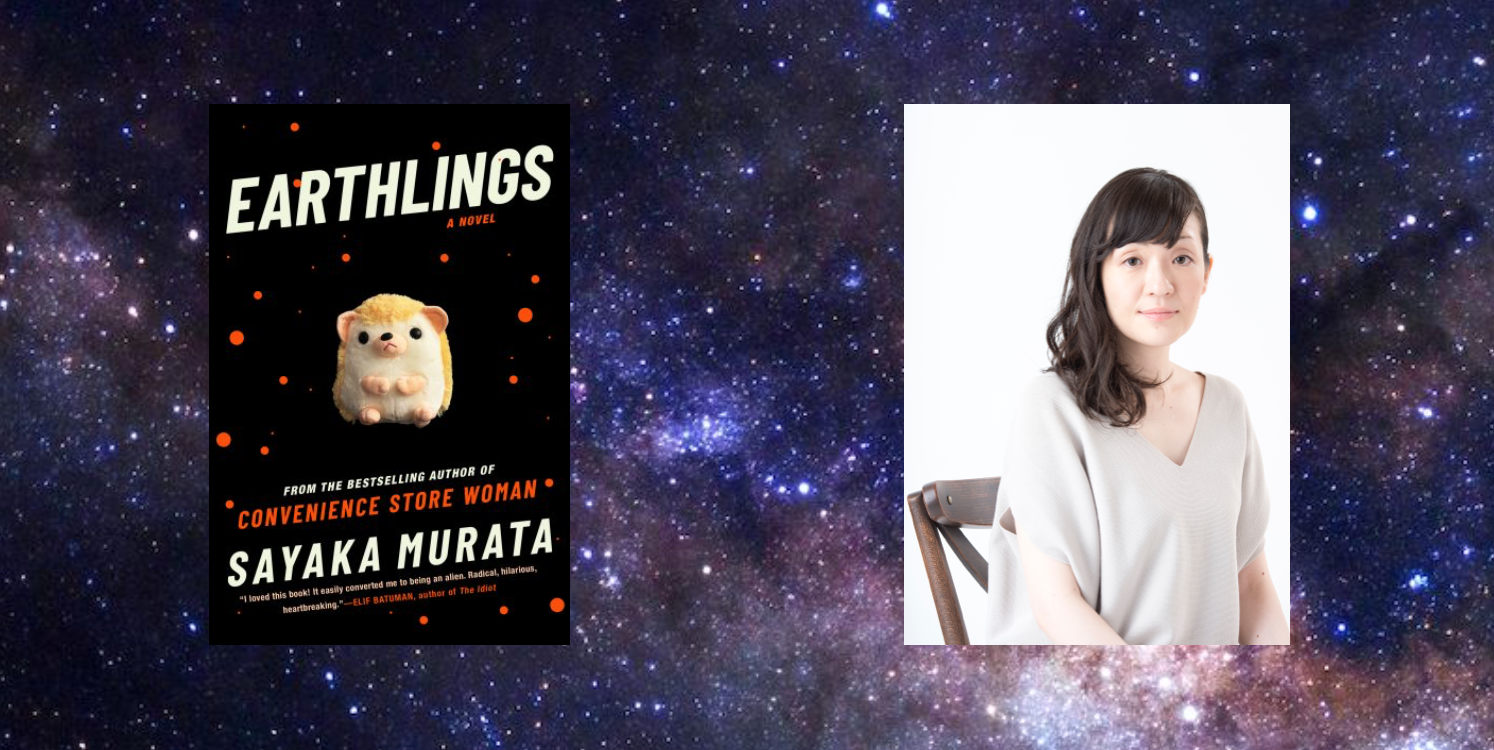 “Ever since I was a child, I’ve felt closer to extraterrestrials than I have to humans.

“I don’t remember when I first grasped the concept of ‘aliens.’ I think I must already have known about them in the moment I first realized I was an Earthling. The picture books I read as a child, the manga I read in my friends’ homes, and the books I secretly borrowed from my brother’s bookshelf were full of aliens. In children’s animation too, there were lots of aliens who fell in love and traveled to Earth.” Continue reading…

Porochista Khakpour reads from Sons and Other Flammable Objects

When we had the pleasure of publishing Porochista Khakpour’s debut in 2007. It received immediate raves — the New York Times Book Review praised its “punchy conversation, vivid detail, sharp humor”; the Chicago Tribune wrote that it “expertly captures the culture clash between generations of immigrant families as well as the questions about identity and home that are common themes in immigrant novels”; the San Francisco Chronicle said it was “both poignant and amusing.” In this 2012 video shot for Big Think, Khakpour reads from the book.

In 2007 — back when the internet looked very different — we published the paperback edition of Dustin Long’s ingeniously Nabakovian debut, Icelander, a few years after its initial publication by McSweeney’s. Half a decade later, Shane Jones caught up with him to ask a few questions. The resulting exchange, published at HTMLGiant, is a total delight, to a degree undiminished the passage of yet another eight years — during which Long has, as Jones predicts, published another novel. 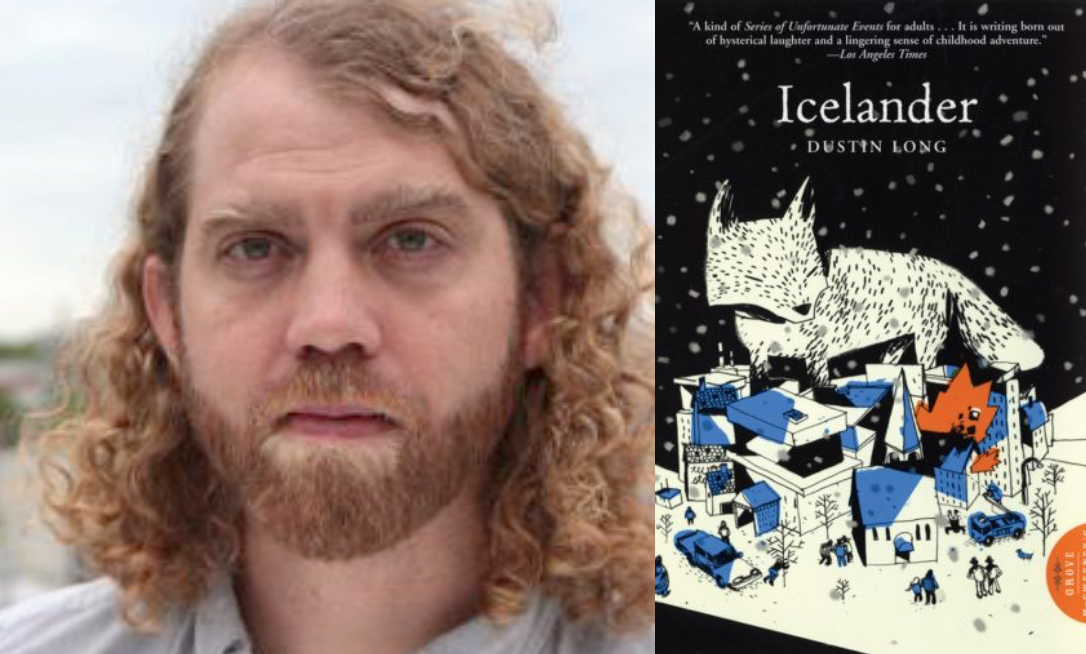 “For what it’s worth, I don’t think I’d ever say fuck writing. I find it hard to stop one book without starting another. I think I actually dragged out the revisions on Bad Teeth until I had a start on the one I’m working on now.” Continue reading…

Today would have been the 79th birthday of Paul Popham, who served from 1981-1985 as the president of Gay Men’s Health Crisis — along with ACT UP, one of two major AIDS activist organizations co-founded by author and playwright Larry Kramer, who died earlier this year. Kramer even based the character of Bruce Niles in his legendary play The Normal Heart on Popham. In this clip, Larry talks about the differences between GMHC and ACT UP, and addresses, respectfully and with characteristic frankness, his differences with Popham, who died of AIDS in 1987 at the age of 45.

Today, we’re wishing a very happy 37th birthday to the brilliant Jesse Eisenberg. Jesse had already won wide critical acclaim for acting in movies like The Social Network and Adventureland, and as a playwright who won the Blanche and Irving Laurie Foundation Theatre Visions Fund Award, before we published his fiction debut, Bream Gives Me Hiccups, in 2015. Here he is at that year’s BookExpo, discussing it with Rich Fahle for PBS Books. “I wish [writing] opened up relaxation — it opens up the exact opposite. I write these in kind of a flurry of anxiety, and it comes out, I guess, as funny.”

“I became a novelist by chance”: Ismet Prcic talks to Bomb

This morning we’re revisiting the wide-ranging interview that writer Matt Jakubowski conducted with Ismet Prcic for Bomb shortly after the 2011 publication of his autobiographical debut novel, Shards. Prcic talks about his book, and his life — including what it was like growing up in a secular Yugoslavian Muslim family, war, the line between fiction and reality, and — of special interest to Grove fans — the influence of Samuel Beckett.

“There are two kinds of artists, ones who look at this slapdash, absurd world around us and try to make sense of it by shoving chaotic life into orderly forms in order to make us feel better, and the others who look at the same world and try to capture it as it is, to hold a mirror up to nature as it were, disregarding the conventions of the forms that already exist. Beckett is the champion of the latter kind, and I try to emulate him when I can.” Continue reading…

In case you missed our announcement, we’ve got some news: We’re fantastically excited to be publishing Rickie Lee Jones’s memoir, Last Chance Texaco! To help you wait — and help start the week off right — here’s RLJ performing the song from which the book takes its title at Farm Aid in 1985.