Today marks the 135th anniversary of the birth of D.H. Lawrence, the British author best known for his powerful explorations of working-class life and social relations in a world of rapid industrialization, and the landmark court decisions through which some publishers (cough, cough) defended the right to publish his work. Today, Lawrence is hailed as a crucial voice of literary modernism, and the right to publish sexually explicit books like his classic novel Lady Chatterley’s Lover is widely understood to lie at the core of free speech protections. Here’s a promotional clip from the most recent major screen adaptation of that work, the BBC’s 2015 production, which stars Holliday Grainger, Richard Madden, and James Norton. Lovers of human passion, period drama, and drizzly English woods, this is for you.

When Lady Chatterley made free speech history in court

In his satirical song “Smut,” the singer and humorist Tom Lehrer — who celebrated his ninety-second birthday this spring — sings, “Who needs a hobby, like tennis or philately? / I’ve got a hobby: re-reading Lady Chatterley.” Underlying the joke was the fact that then-recent federal court decisions concerning obscenity and free speech had figured prominently in America’s national consciousness — especially the trial at which Grove Press, and our longtime director Barney Rosset, fought for the right to publish Lady Chatterley’s Lover. In a powerful 2009 piece in the New York Times, journalist Fred Kaplan details the story that critical courtroom struggle. 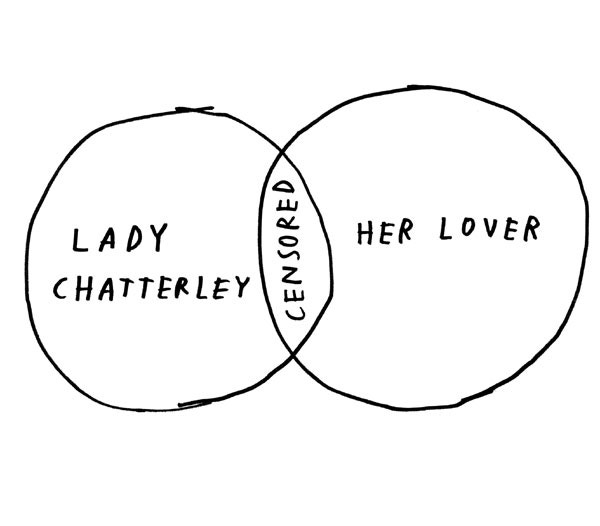 “A real lesson about the fact that the world doesn’t belong to us”: Helen Macdonald on WBUR

Yesterday, radio listeners got a phenomenal treat when the brilliantly charming and charmingly brilliant Helen Macdonald — author of the acclaimed H is for Hawk and the brand-new, New York Times bestselling essay collection Vesper Flights — appeared on Boston’s WBUR radio to discuss her childhood among a community of theosophists, the minds and lives of animals (and what they do and don’t mean for humans), and so, so much more. If you missed the live broadcast, you can listen right here.

Today, we’re busting out the champagne to celebrate some truly excellent news: Walter Mosley is winning an honorary National Book Award, the Medal for Distinguished Contribution to American Letters! We simply couldn’t be happier, and we’ll be celebrating the way anyone would — by spending the day reading Walter’s luminous, rich, genre-spanning writing, and watching some video he’s recorded over the years. We’ve featured Walter on Grove at Home in the past — speaking with Paul Holdengräber for “The Quarantine Tapes,” discussing “untopia” the week after Donald Trump’s election, writing about his experiences being fired from a TV writing job for using the N-word while describing his own experiences, as a Black man, with the police. Here, as we celebrate this exhilarating honor, is some more Mosley for your day:

Read about the Medal for Distinguished Contribution to American Letters!

The Associated Press has some excellent coverage of the award, its history and significance, and Walter’s legendary career. 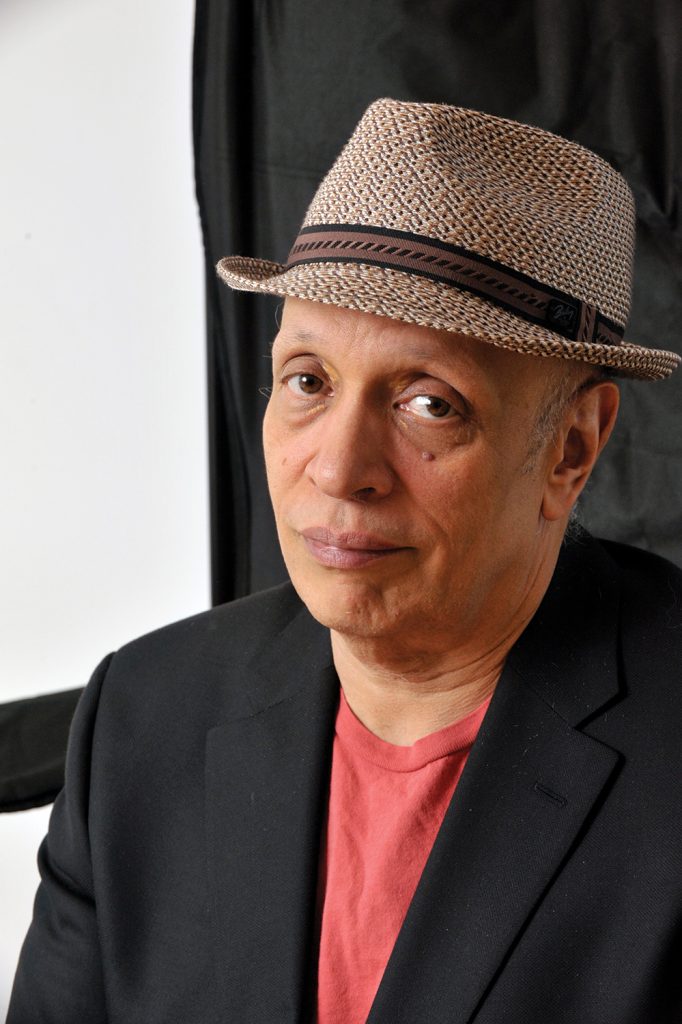 “The 68-year-old Mosley, whose works include the novels ‘Devil In a Blue Dress’ and ‘Down the River Unto the Sea’ and the nonfiction ‘Twelve Steps Toward Political Revelation,’ has won the Medal for Distinguished Contribution to American Letters, which has been given to Toni Morrison, Robert Caro and Arthur Miller among others. The National Book Awards are presented by the non-profit National Book Foundation.” Read the full article…

Take Walter’s master class at the Center for Fiction

“You have to condense what you’re writing to the place where you’re only saying what’s absolutely important, but, at the same time, it doesn’t seem absolutely important… It’s so difficult, which is why we need to study poetry — because poetry is the absolute master of bringing everything down to just the right word or two words or three words. And that’s what you have to do.” Last fall, Walter appeared with Jonathan Santlofer at the Center for Fiction in Brooklyn to teach a master class and share some of the insights in his writing guide Elements of Fiction. If you weren’t able to catch it in person, you can, thankfully, watch the full, hour-long event on Youtube.

“The biggest misconception that people have about the literary life is the romance of it.”

For a shorter, and still excellent, look into Walter’s astonishingly fertile mind, check out this short video produced by Big Think, in which Walter addresses common myths about the lives of writers, discusses the inspiration that drives people to become authors (hint: it’s more Nancy Drew than Camus), elaborates on the complex and often specious distinction between popular writing and “great literature,” and much more. Do yourself a favor: watch this immediately.

Back in November — not too long before large gatherings became an epidemiological impossibility — legendary journalist and humorist P.J. O’Rourke and novelist Lionel Shriver gathered in London for a discussion of the 2020 US presidential election moderated by the BBC’s Razia Iqbal. As Iqbal notes, P.J. is a(n almost) lifelong conservative who nonetheless backed Hillary Clinton in the 2016 election, memorably quipping that she was “the second-worst thing that could happen to America.” Here, P.J. opines on a huge range of subjects, including the 2020 Democratic field, trade war with China, and a political system run by “some guy in polyester plaid pants who’s retired from selling aluminum siding and… a bitter divorced woman with forty cats… This is the machine.” Whatever your political affiliations, this is guaranteed to liven up your day:

“O Beautiful for… Pilgrim Feet?” — Get an early look at P.J.’s latest

We’re excited to be publishing A Cry from the Far Middle, the latest from P.J. O’Rourke, in just six days. Today, courtesy of The Bulwark, the online political journal recently founded by Bill Kristol and Charlie Sykes, you can read an early, hilarious excerpt. Dyed-in-the-wool fans and curious newcomers alike will find themselves in the mode of so many of P.J.’s readers — deep in thought between bursts of laughter and nods of agreement.

“Everybody’s got a beef. Except the vegans, they’ve got a Beyond Meat. To tally our national complaints would be to empty a bathtub with a spoon. And after this long and sodden labor we’d find some new tangle of combover hairs in the political drain or ring of scum on the social porcelain that we hadn’t thought to complain about before. It is confusion.” Continue reading…

P.J. O’Rourke on Trump supporters: “When people feel that they are outsiders, you cannot convince them by mocking them”

Here’s a brief video of P.J. O’Rourke speaking almost exactly four years ago to share his perspective on the presidential candidacy of Donald Trump. P.J. has made no secret of his opposition to Trump, and here, it’s truly interesting to see him laying down his legendary wit to speak plainly and empathically about what Trump supporters are feeling — and why making fun of them is a terrible strategy for anyone hoping to win them over to a different perspective.

Samuel Beckett at the School of Life

With Labor Day behind us, it’s officially (well, unofficially) the start of a new season. And what better way to meet it than while thinking about the one and only Samuel Beckett? This video, from the School of Life, offers some great trivia about Beckett (did you know he attended the same high school as Oscar Wilde? or that he was, in his youth, a gifted cricketer?) and some more meaningful insights into his writing, and his world. Worth watching!

How to Disavow All That is False in the World

Last month, a stunning piece of writing from Bonnie Nadzam appeared in the Evergreen Review. A brilliant essay, it is characterized, among other things, by being written in the second person — a riveting departure from expository norms. We could say more, but we’ll leave the rest for you to discover: read this, at once! 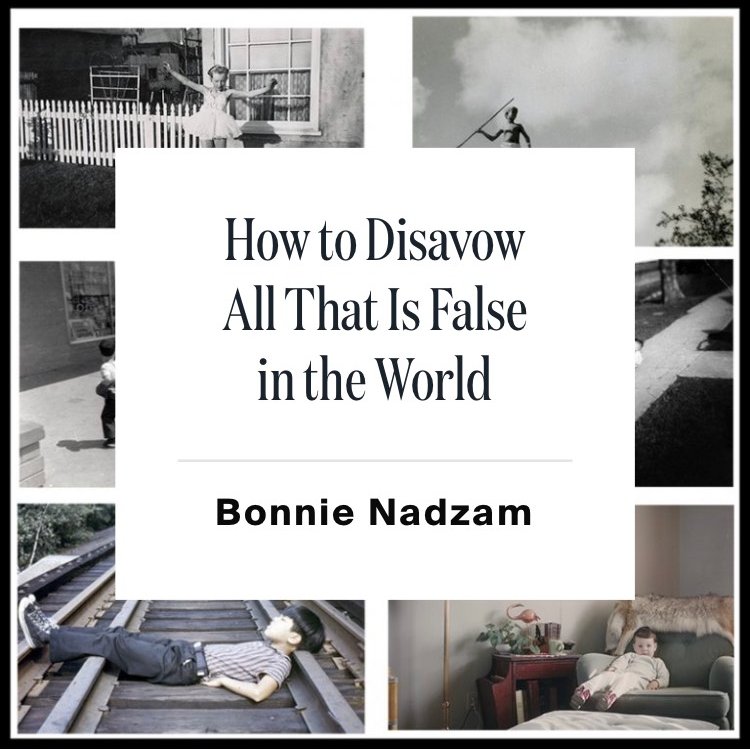 “Maybe you think, for example, that you are a human being on planet Earth? Let’s start there. Because it’s a pretty fundamental belief and it could be a false one. Human. Now there’s a word. I’ve heard there are languages on this planet for which there is no such word. Is ‘human’ therefore a term you altogether trust and believe in? Would you trust and believe in it had you by some other arbitrary set of affairs been raised speaking some other language? Why is it important to you that you are human, if indeed it is important to you? If you did not have a word for human—for this thing that you think you are—what part of you would unmoor itself?” Continue reading…

Helen Macdonald: “Writing’s what I do now”

Everyone loves basking in the splendor that is Helen Macdonald’s singular mind — for proof of this, we probably need look no farther than last week, when her new essay collection, Vesper Flights, debuted on the New York Times Best Sellers list. Here, in a short video produced by her UK publisher, Helen offers pithy answers to a couple snappy questions. You’ll be glad you took a minute to watch. 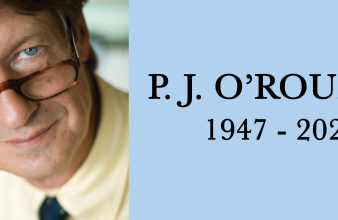