As the strange summer of 2020 wound down, we had the joy of publishing Vesper Flights, a brand-new essay collection from Helen Macdonald, author of the acclaimed memoir H is for Hawk. The book’s reception has been positive, to say the absolute least — that is, it has been universally acclaimed as an instant classic, brilliant and moving, and sure to be read for many years to come. Whether you haven’t yet had the chance to pick it up or are already midway through your second re-read, there’s nothing not to love in this video Helen has recently made, from her home in the UK, introducing the book, discussing her feelings about essays and the overarching trajectories of her own work, and — true to form — pausing to pick up, and wonder at, a discarded wood pigeon egg. Give it a watch:

The American Booksellers Association reports that, since the Coronavirus lockdown began last March, America’s independent bookstores have been closing at a rate of about one per week. In this urgent New York Times story from Elizabeth A. Harris, booksellers weigh on in the magnitude of the problem and offer a look at some of their efforts to address it. Read this, and then do whatever you safely can to support independent booksellers! We’ll need them — all of them — when this pandemic is over. 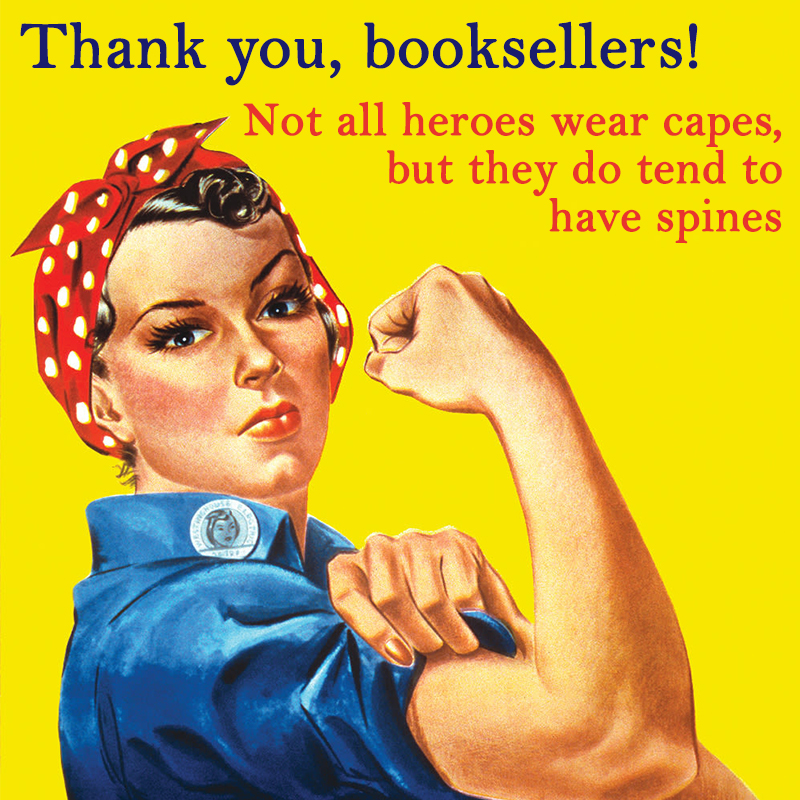 “‘Somebody said to me, “Boy, you must be raking it in with all the online business you’re getting,”’ said Christine Onorati, an owner of Word bookstores in Brooklyn and Jersey City, N.J. ‘It makes me laugh.’

“Bookstores across the country face different challenges depending on any number of factors, including their local economies and how they have been affected by the coronavirus. But some broad trend lines have started to emerge, perhaps most of all that bigger, right now, is not better.” Continue reading…

When we published Emily Fridlund’s History of Wolves in 2017, recognition came swiftly: the New York Times Book Review called it “a novel of ideas that reads like smart pulp, a page-turner of craft and calibration,” NPR wrote that it was “electrifying,” and it was named a New York Times Editors’ Pick and a USA Today Notable Book and nominated for the Booker Prize. Recorded the following year at the Kenyon Review Literary Festival, this video offers a chance to hear Fridlund read from the book, and then taking questions on teenage narrators, the editing process, and more.

Last month we published the latest from living legend Walter Mosley — The Awkward Black Man, a short story collection that Kirkus calls “Mosley’s most adventurous and, maybe, best book.” Last week, Walter appeared on Bookworm, Michael Silverblatt’s venerable KCRW radio show devoted to literary conversation, where he discussed his issues with the term “African-American,” the way his characters come into focus as he’s writing them, and much more. Entirely worth a listen.

These week, Poets & Writers magazine published some very wise advise from our own Peter Blackstock (hi, Peter!). Peter’s a senior editor at Grove Atlantic, and has recently been named the publisher of our sibling press, Grove UK. He’s published books including Viet Thanh Nguyen’s The Sympathizer, Sayaka Murata’s Convenience Store Woman (translated by Ginny Tapley Takemori), Bernardine Evaristo’s Girl, Woman, Other, and Douglas Stuart’s Shuggie Bain — among a tremendous many others. Here, he offers some great advice to writers (and readers) about how the common dictum “show don’t tell” may not necessarily be right for all situations.

“‘Show, don’t tell’ is the writing mantra I think I’d most like to dismantle. It implies a reader is familiar with what is shown, that fiction should allow readers to call on personal experiences to self-identify with a character, rather than encourage them to learn about a truly different reality. I think of a realtor showing an apartment—sweeping you from beautifully staged room to room, but without giving you any understanding of or belief in the lives of the people who call that apartment home.” Continue reading…

Brazil’s Chico Buarque, it seems, can do anything. His books, translated into dozens of languages, have won numerous prizes, including the São Paolo Prize for Literature, the Casa de la Américas Prize, and the Camões Prize. His music, over a career spanning more than fifty years and fifty albums, has brought him passionate fans the world over. His political courage — his stances against Brazil’s military dictatorship landed him both in jail and in exile in Italy for a time — has proved an inspiration to countless admirers. Now in his mid-seventies, Buarque is as productive as ever. If you’re looking for some music to get you through the day, check out this full concert he dropped on youtube last spring, just as the COVID-19 pandemic was taking root around the world. In this moment when live music remains an elusive dream, it’s a fantastic treat.

Patricia Highsmith: “I like reviews that are rather bad sometimes”

There is nothing better than Patricia Highsmith. There’s certainly nothing better than reading her — her books include The Talented Mr. Ripley, The Price of Salt, Edith’s Diary, Those Who Walk Away, and many more — and there’s also nothing better than hearing her speak about her own work, which one can do in this 1978 interview Highsmith gave for British television. Speaking with interviewer Mavis Nicholson, Highsmith opens up about about her approach to critics, the definition of “psychopath,” and much more. Tremendously worth a watch.

Last week, we published Earthlings, the wild latest from acclaimed Convenience Store Woman author Sayaka Murata and translator Ginny Tapley Takemori. It has already made a tremendous splash, with USA Today calling it “a strange and dreamlike story of a young girl who comes to believe she’s an alien,” and the Financial Times proclaiming it “shocking, hilarious, and hugely, darkly, entertaining.” If you’d like to read more, the New York Times also published an excerpt from the book last week. If you’re new to Murata’s inimitable and unparalleled prose style, it’s a great place to start. 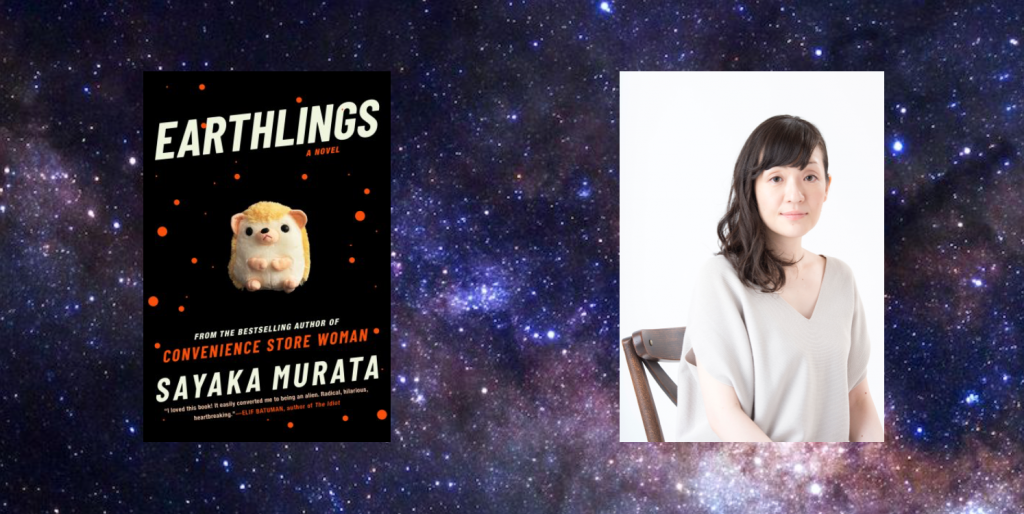 “Deep in the mountains of Akishina where Granny and Grandpa live, fragments of night linger even at midday.

“As we wound our way up steep hairpin bends, I gazed out the window at the swaying trees, at the undersides of the leaves so swollen they looked as though they would burst. That was where the pitch-black darkness was. I always felt an urge to reach out to that blackness, the color of outer space.” Continue reading…

Watch a trailer for The Two Faces of January

If you’re looking for an excellent way to pass some time indoors, here are two: watch Hossein Amini’s 2014 screen adaptation of Patricia Highsmith’s The Two Faces of January, and then read the stinging, exhilarating book it’s based on. Here’s the trailer for the movie, which stars Oscar Isaac, Kirsten Dunst, and Viggo Mortensen.

Fentanyl is a synthetic opioid that has had health officials, harm reduction specialists, and much of the public wringing their hands in recent years. In the past few days alone, the drug has made major headlines in San Francisco, eastern Pennsylvania, Baltimore, Salt Lake City, and beyond. Last month, we released the paperback of Fentanyl, Inc., Ben Westhoff’s breathtaking journalistic account of the drug and the epidemic of addiction it has fueled, from Wuhan, China — where an astonishing amount of fentanyl is manufactured and sold — to New Zealand — where a mysterious drug baron has turned the law upside down. Last fall, Ben called in to The Majority Report with Sam Seder, for an in-depth discussion of his research, including how it’s manufactured, how it’s sold over the dark web, and much more.

Today is the 24th birthday of Joshua Wong, the Hong Kong activist and politician whom Time magazine has called “the face of protest” in his complex hometown. From the “Umbrella Movement” to Demosisto to Scholarism, the history of protest over the past decade in Hong Kong is nothing if not complex, and Wong has been a central force in much of it. So it’s a good time to read the profile-cum-book-review that The Great Wall author Julia Lovell (also the translator of Yan Lianke’s Serve the People!) wrote for the Guardian earlier this year, when Wong’s memoir, Unfree Speech, was published. 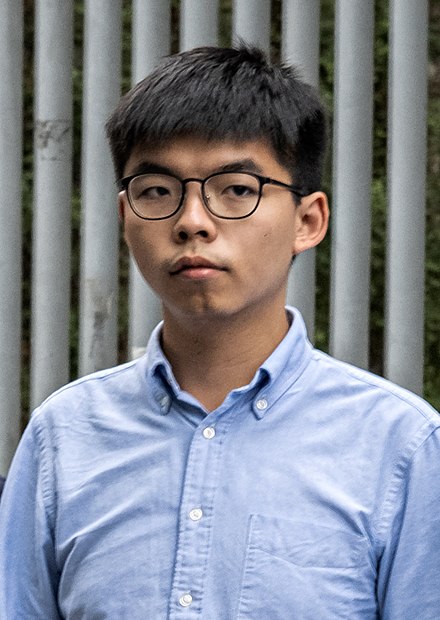 “Since June 2019 Hong Kong has been — first figuratively, then literally — on fire. What began as a ‘summer of discontent’ has become a running street battle, marked by acts of violence by both police and protesters. In November, Hong Kong’s university campuses were combat zones, bristling with makeshift barricades and petrol bombs; police responded with threats of using live ammunition.” Continue reading…

On a more restorative note, why not start the week with this gorgeous recording of the wonderful Lucia Swarts playing Bach’s First Cello Suite in the halls of Amsterdam’s Rijksmuseum. You’ll be glad you did. (Oh, and if you’d like a book to pair it with, we’ve got a recommendation.) 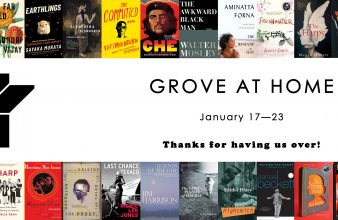