Today marks the 172nd anniversary of the birth of August Strindberg, the legendary playwright, novelist, and theorist often considered the father of modern Swedish literature. In 1971, the Royal Shakespeare company staged a production Miss Julie, one of Strindberg’s most admired, performed, and studied plays, starring Helen Mirren and Donal McCann. The following year, John Glenister and Robin Phillips directed a TV adaptation of that staging. We publish Miss Julie in One Act, a collection of eleven one-act plays edited by Samuel Moon, and today we’re celebrating by watching the screen adaptation, anchored by Mirren and McCann’s splendid performances.

Today marks the 48th anniversary of the US Supreme Court’s historic decision in Roe v. Wade, which established Americans’ right to access abortion as a Constitutional guarantee. Here, from 2012, is Roxane Gay’s powerful essay “The Alienable Rights of Women,” originally published in The Rumpus. It’s a searing look at the state of women’s reproductive freedoms from one of the most trenchant and admired cultural commenters writing today.

“Women do not have short memories. We cannot afford that luxury.” Continue reading…

To launch us into yet another well-deserved weekend, here’s Rickie Lee Jones — the rock legend whose memoir, Last Chance Texaco, we can’t wait to publish this April — singing Satellite. “We were born forever / Tunneled into the fugitive night / Friends must stay together / Code the world with the fugitive light.” Happy weekend, friends!

There’s certainly something big in the air today. As we all stay glued to the news, here are a few poetic moments to help you take a breath, whenever you may need it.

This, from the summer of 1982, was legendary poet Allen Ginsberg’s only-ever appearance on the show.

Marguerite Duras: Worn Out with the Desire to Write

This TV special, from the mid-eighties, offers a remarkable visit to the home — and the life — of Marguerite Duras, one of the twentieth century’s greatest writers.

You can’t beat this video of the great Kathy Acker at the Institute of Contemporary Art in 1986, reading from her work and discussing her life, punk, feminism, and more.

Edward Achorn on Lincoln’s Second Inauguration
It’s clear what today’s biggest news item will be: the presidential inauguration! As we watch the historic events of the transition unfold, our attention is enhanced by this talk Edward Achorn — journalist, historian, and author of Every Drop of Blood: The Momentous Second Inauguration of Abraham Lincoln — gave last summer at Newport, Rhode Island’s Redwood Library and Athanæum. For one example, here’s Achorn describing Washington as it was for that historic inauguration, on March 4, 1865: “This teeming, slapdash city was not to everyone’s taste. ‘Of all the detestable places Washington is first,’ Manhattan lawyer George Templeton Strong complained. ‘Crowd[s], heat, bad quarters, bad fare, bad smells, mosquitos, and a plague of flies transcending everything within my experience… Beelzebub surely reigns here, and Willard’s Hotel is his temple.’ Foul-smelling animal pens dotted the city. The streets were full of rooting hogs, dirt, decaying horse manure, and rotting animal carcasses that waited to be picked up by the city carrion cart. Dilapidated and unfinished structures teetered alongside handsome new ones.” It’s an electrifying talk, and today’s the perfect time to watch it.

Theodore R. Johnson on the Solitude of Raphael Warnock

Two weeks ago, when the results of Georgia’s run-off election for US senator had been counted, it was officially declared that Raphael Warnock would be the eleventh Black senator in US history. In this Sunday’s New York Times Book Review, Theodore R. Johnson — whose When the Stars Begin to Fall, a stirring meditation on race and the promise of America, we’re excited to publish this summer — offers some historical context on Warnock’s remarkable journey, and reflects on what it has to say about the Black American experience.

“On the Sunday after his election triumph, and after Trump supporters invaded the Capitol in a deadly threat to politicians, police officers and democracy itself, Warnock delivered a sermon. ‘Just as we were trying to put on our celebration shoes,’ Warnock lamented, ‘the ugly side of our story, our great and grand American story, began to emerge.’ Like Revels before him, Warnock’s sense of justice and his understanding of the fullness of the Black experience had been crystallized during his time leading congregations, and his religious faith served to bolster his devotion to the American project. The nation had come so far from those perilous years after the Civil War and yet perhaps not so very far at all. ‘As we consider what happened — the ugliness of it all — I want us to recognize that we didn’t see in that moment the emergence of violence,’ Warnock said. ‘I want you to see the ways in which the violence was already there.’” Continue reading…

“In fact, extreme violence associated with elections has happened many times before, often associated with issues of race. One extreme example is documented in the book Wilmington’s Lie…” In case you missed it this weekend, here’s another chance to catch Pulitzer Prize-winning journalist David Zucchino on CBS News, discussing his book Wilmington’s Lie, which details the bloody white supremacist uprising that overtook the democratically-elected government of Wilmington, North Carolina in 1898.

This morning, we’re celebrating the singular Patricia Highsmith, born 100 years ago today in Fort Worth, Texas as Mary Patricia Plangman. Highsmith’s best-known books include her first, the 1950 murder yarn Strangers on a Train (adapted the following year as a movie by Alfred Hitchcock, and again in 1969 by Robert Sparr), and her later Tom Ripley novels. Highsmith is both a ringing voice in American queer fiction and one of the most iconic thriller writers who ever set a typewriter clacking. Graham Greene once wrote of her, “She is a writer who has created a world of her own — a world claustrophobic and irrational which we enter each time with a sense of personal danger, with the head half turned over the shoulder, even with a certain reluctance, for these are cruel pleasures we are going to experience… Miss Highsmith is the poet of apprehension rather than fear. Fear, after a time, as we all learned in the blitz, is narcotic, it can lull one by fatigue into sleep, but apprehension nags at the nerves gently and inescapably.”

In this 1978 interview Highsmith gave for British television, which we’ve shared once before, she speaks with interviewer Mavis Nicholson, opening up about about her approach to critics, the definition of “psychopath,” and much more.

“You don’t come to her for goodness or light or comfort”: Carmen Maria Machado on Highsmith

In recent weeks, the Guardian has run a series of pieces on “Highsmith at 100,” all covering various aspects of the writer’s oeuvre, and all worth reading. Here, we share a favorite — Carmen Maria Machado’s powerful piece on Highsmith’s “twisted brilliance,” reading the author’s indelible body of work closely alongside her notoriously difficult, at times unforgivable, personality.

“There has always been something fundamentally difficult about Patricia Highsmith. And not difficult in the way that most people mean it: ironic, quirky, feminist (‘Well-behaved women rarely make history’, and so on). I mean truly, legitimately difficult; a well of darkness with no discernible bottom.” Continue reading…

Highsmith talks to the BBC

There isn’t quite a surplus of excellent Patricia Highsmith interviews floating around the internet (the options grow a little richer if you, like the author herself, can speak German), but this recording of Highsmith speaking with BBC Radio presenter Roy Plomley in 1979 is truly excellent. The theme is “desert island discs,” and between thoughts on loneliness, fiction, Europe, writing residencies, and more, Highsmith shares some of her favorite music, including work by Bach, Mozart, Rachmaninoff, and George Shearing. 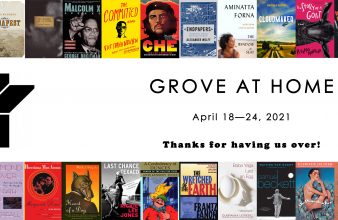 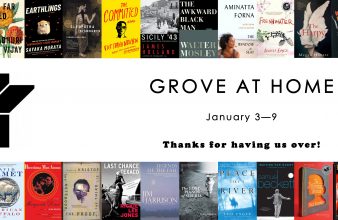