Emily Fridlund had other things on her mind when her editor e-mailed her in late July to say her novel, “History of Wolves,” had been longlisted for the prestigious Man Booker Prize.

“I was in labor,” Fridlund said. The book news didn’t really sink in.

“It’s incredibly humbling. I didn’t expect it at all.”

But when she was told last week that her novel had made the Booker shortlist, she was all ears.

“It’s really exciting,” Fridlund said, as 7-week-old Eliot slept nearby. Hours after hearing the news, she still sounded in awe. “It’s incredibly humbling. I didn’t expect it at all.”

It is all the more unexpected, given Fridlund’s low profile and the star power of the writers she booted off the longlist: Zadie Smith, Sebastian Barry, Arundhati Roy, Colson Whitehead (whose novel “The Underground Railroad” won the Pulitzer Prize and the National Book Award).

All made way for 38-year-old debut novelist Emily Fridlund from Edina.

“History of Wolves” is the story of a teenage girl called Linda (or Commie, or Freak — she’s a definite outsider) who was raised in a commune in the woods of northern Minnesota. She starts babysitting for a family and gradually realizes that something is not quite right.

by Laurie Hertzel for the Star Tribune

Read The Rest At The Minneapolis Star Tribune > 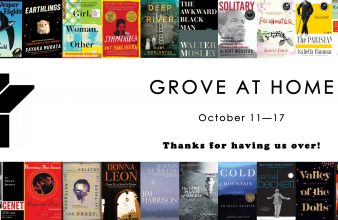