For dads mad with wanderlust—or perhaps who call many places home—we’ve chosen five adventurous reads that investigate cities, languages and journeys, both personal and political, across the world.

Blood River / Tim Butcher
When Daily Telegraph correspondent Butcher was sent to Africa in 2000 he quickly became obsessed with the legendary Congo River and the idea of recreating explorer H. M. Stanley’s famous 1874 expedition along the three-thousand-mile waterway. Despite warnings that his plan was suicidal, Butcher set out for the Congo’s eastern border with just a rucksack and a few thousand dollars hidden in his boots. This utterly absorbing narrative chronicles his forty-four-day journey along the Congo River.

The Interior Circuit / Francisco Goldman
It’s the summer of 2013, five years after the death of Francisco Goldman’s wife. The narco war rages on in Mexico and, with the restoration of the Institutional Revolutionary Party to power, Mexico City’s apartness from violence seems threatened. Goldman’s story of his emergence from grief during this tumultuous time—symbolized by his attempt to overcome his fear of driving in Mexico City—fuses a personal journey to an account of a remarkable and misunderstood world city. This is the chronicle of an awakening, both personal and political, “interior” and “exterior,” to the meaning and responsibilities of home.

Lingo / Gaston Dorren
Whether you’re a frequent visitor to Europe or just an armchair traveler, the extraordinary stories in Lingo will forever change the way you think about the continent, and may even make you want to learn a new language. This book spins the reader on a whirlwind tour of sixty European languages and dialects, sharing quirky moments from their histories and exploring their commonalities and differences. (And if pops digs Lingo, Dorren has more linguistic fun in the works: his follow-up, Babel—a whistle-stop tour of the world’s twenty most-spoken languages—publishes on December 4, 2018.)

Walking the Americas / Levison Wood
Levison Wood’s famous walking expeditions have taken him from the the Nile River (chronicled in Walking the Nile) to the peaks of the Himalayas. In Walking the Americas, Wood recounts his latest adventure: a 1,800-mile trek across the spine of the Americas, through eight countries, from Mexico to Colombia. Beginning in the Yucatán—and moving south through Belize, Guatemala, Honduras, Nicaragua, Costa Rica, and Panama—Wood’s journey takes him from sleepy barrios to glamorous cities to ancient Mayan ruins, and requires every ounce of his strength and guile to survive.

The Zanzibar Chest / Aidan Hartley
In his final days, rising from a bed made of mountain cedar, Aidan Hartley’s father says to him, “We should have never come.” He spoke of a colonial legacy stretching back through four generations. From great-great-grandfather William Temple, awarded the Victoria Cross for his role in defending British settlements in nineteenth century New Zealand, to his father, a colonial officer sent to Africa in the 1920s, these intrepid men traveled to exotic lands to conquer, to build, and finally, as Hartley does in The Zanzibar Chest, to bear witness. Weaving together his family’s history and his childhood in Africa, Hartley tells us what he saw, weaving an enthralling narrative of men and women meddling with, embracing, and ultimately being transformed by other cultures—one of the most important examinations of colonialism ever written. 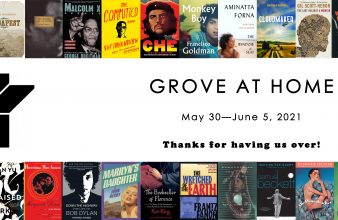