It’s National Poetry Month, and to join in the lyric festivities, we’re looking back on a selection of poetry collections we’ve published in the last ten years. From Kay Ryan’s 2011 Pulitzer Prize winning The Best of It, full of poems “so tiny you could almost tweet them” (The New York Times), to Wait Till I’m Dead, a collection of previously-unpublished Ginsberg edited by scholar Bill Morgan, these books represent a history of true poetic might. It’s a privilege to have played a part in the story of their visionary authors—and we hope you might enjoy reading (or rereading) them too.

The Best of It / Kay Ryan

The 2011 winner of the Pulitzer Prize for Poetry, this book contains Ryan’s own selection of more than two hundred poems, offering readers a stunning retrospective. Said Adam Kirsch of The New Yorker: “Melancholy lucidity is Ryan’s greatest gift, and it can be heard in all her most successful poems. But her most startling discovery is that melancholy, with its tendency to brood and spread, is best contained in a form that is tight, witty, almost sprightly sounding. Her poems are often built on the logic of the pun, taking an ordinary word or dead cliché as a title and then jolting it to unexpected life.”

The Eye Like a Strange Balloon / Mary Jo Bang

The poems in The Eye Like a Strange Balloon find their seed in paintings, film, video, photographs, and collage, and the end results are something more than a sum of their parts. Beginning with a painting done in 2003, the poems move backward in time to 1 B.C., where an architectural fragment is painted on an architectural fragment, highlighting visual art’s strange relationship between the image and the thing itself. The total effect is exhilarating–a wholly original, personal take on art history.

Our 2008 bilingual edition of Federico García Lorca’s early 20th century classic. Written during Lorca’s nine months as a student at Columbia University at the beginning of the Great Depression, Poet in New York is widely considered one of the most important books Lorca ever produced.

According to Calvin Bedient of Verse, “Plot is inexhaustibly complex, varied, and difficult–and as fearlessly and even grimly inventive and searching as one can conceive any book of poems as being. It instantly joins the few contemporary works. . .whose gravity is synonymous with the passion and integrity of their intelligence.” Published in 2001, Plot is a great way to dive into early Rankine; we published her collection The End of the Alphabet back in 1998 as well.

Baca is lauded for his talent in weaving personal and political threads to create a pertinent and poignant narrative, and these poems revitalize the national dialogue: raging against war and imprisonment, celebrating family and the bonds of friendship, and heightening appreciation for the environment. We’ve published a number of outstanding works by Baca—a novel, a memoir, and a short story collection in addition to two other collections of poetry—and Singing at the Gates is a great place to start in getting to know his diverse body of work.

The first new Ginsberg collection in over fifteen years, Wait Till I’m Dead is a landmark publication, edited by renowned Ginsberg scholar Bill Morgan. Ginsberg wrote incessantly for more than fifty years, often composing poetry on demand, and many of the poems collected in this volume were scribbled in letters or sent off to obscure publications and unjustly forgotten. Following the chronology of his life, Wait Till I’m Dead reproduces the poems together with Ginsberg’s extensive notes. 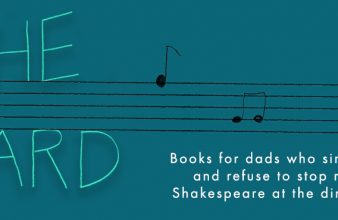 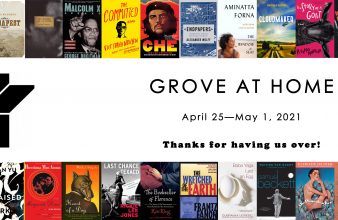