Yan Lianke has been called “China’s most feted and most banned author.” Emerging from the very humblest of origins, a poor village in the rugged terrain of China’s Henan Province, far from the nearest city, Yan has become a major voice in world letters,  thanks to his political courage, keen interweaving of social critique with literary style, and what the New Yorker has called a “preternatural gift for metaphor [that] spills out of him unbidden.” We recently published our eighth book by Yan, his nonfiction debut in English, Three Brothers: Memories of my Family, translated by Carlos Rojas. Here, in an excellent interview for the Louisiana Channel, he speaks eloquently on a broad range of subjects: his rural upbringing, literary censorship in contemporary China, the nature of fear, and much more.

“But back to sweatiness and insomnia”

A few years ago, a piece of writing appeared in O, the Oprah Magazine that quickly set the internet on fire. Ada Calhoun, already admired as the author of Wedding Toasts I’ll Never Give and St. Marks is Dead, had captured the subtleties of a malaise sweeping over so many Generation X women — raised on the promise of “having it all,” and now, at mid-life, facing down financial insecurity, overwhelming responsibility, a paucity of professional opportunities, and more. As countless readers found their predicament accurately described, with grace and humor, and passed the article along to friends, it spread around the internet like wildfire, becoming a major viral phenomenon. Earlier this year, we published the book that grew out of that article, Why We Can’t Sleep: Women’s New Midlife Crisis, and it became an instant New York Times Bestseller. If you’re interesting in getting a feel for the book — one that should be read by anyone who cares about the women of Generation X — you can start with the original viral essay, which rings as loud, clear, and timely today as when it was first published. 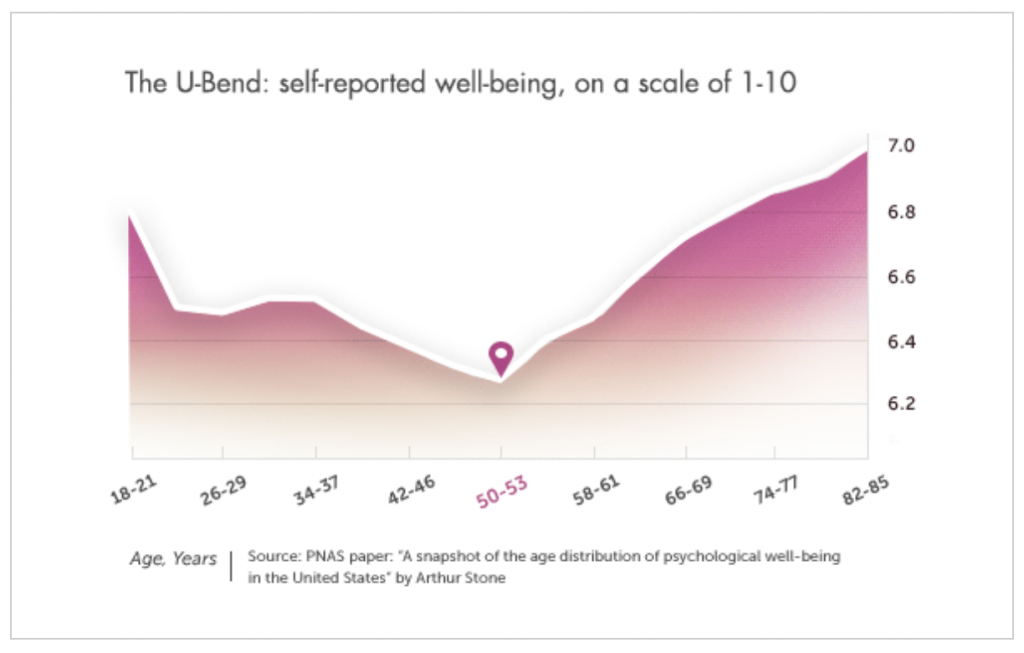 “Sometimes, I think I’m falling apart. Then, I talk to my friends. One spent a whole winter getting a babysitter for her toddler daughter in the middle of the day and then used the time to go to the movies and cry. I run into another and ask how it’s going with her kids’ father, whom, last I heard, she was fighting with. She fixes me with a blank stare. ‘I’d leave,’ she says, ‘if I had more money…’” Continue reading…

“At age three, I wanted to sell roasted chestnuts”

May we all soar into the weekend with the elliptical dignity of Romanian-French playwright Eugène Ionesco, seen here in a short interview discussing his childhood, the day jobs he held before coming one of the twentieth century’s most influential writers, and more. Parents, take your kids to puppet shows in Luxembourg, and they too may one day turn their friends into rhinoceroses.

In 2017, after her memoir H is for Hawk had become a major international sensation, the wonderful Helen Macdonald found herself in Sun Valley, Idaho for the Sun Valley Writers’ Conference, where she sat down with Marcia Franklin of Idaho Public Radio for a riveting conversation about the nine months she’d spent in Idaho years earlier, the allure of friendship with modern-day dinosaurs, the importance of giving your goshawk a cutesy name, and so, so much more. Watch this to help pass the time before we released Helen’s latest, Vesper Flights, this summer.

An Interview with Ágota Kristóf

In 1999, a grad student named Riccardo Benedittini traveled to Switzlerland to interview the legendary Hungarian emigre writer Ágota Kristóf about her life and work. Years later, it was published in Music & Literature, in a translation by Will Heyward, with a short introduction by Mieke Chew. For fans of the notoriously reclusive Kristóf, it’s one of the few interview available in English. And like her punchy, even truncated narrative voice, Kristóf is to-the-point, bracingly direct, and overflowing with elliptical reflection. For instance, when asked about her life in the nineties in Switzerland, Kristóf says only, “I have some friends, I go out very little, I watch lots of television, read the newspaper, a few books too. I make visits to my children, and they visit me. They have little children.” 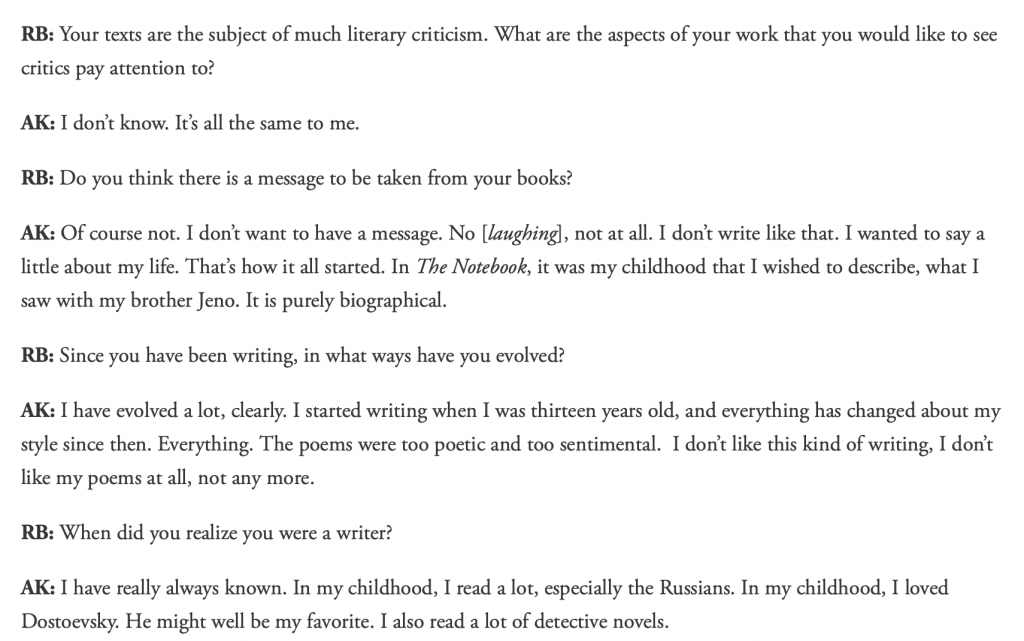 Hard to imagine a bad time to watch this wonderful, short clip of Jack Kerouac being interviewed in French (with English subtitles!) for Canadian TV near the end of his life. Kerouac talks about why he doesn’t like being called a beatnik (“beatnik, Sputnik, peacenik”), his distaste for bearded, sandal-ed Bohemians, and more.

“This is a unique moment of norms creation”

Last month, we published Elizabeth F. Thompson’s How the West Stole Democracy from the Arabs, telling the story, all too little-known in the Anglophone world, of the Syrian-Arab Congress that declared a constitutional monarchy based in Damascus in 1920, only to see it crushed almost immediately by France and Britain — with consequences that continue reverberating to this day. Last week, in a column at Juan Cole’s Informed Comment blog, Thompson tells some of that riveting story again, connecting it with very contemporary political concerns swirling around the Covid-19 pandemic. “Americans now risk replicating the crimes and errors of a century ago,” Thompson writes. An urgent, worthwhile read. 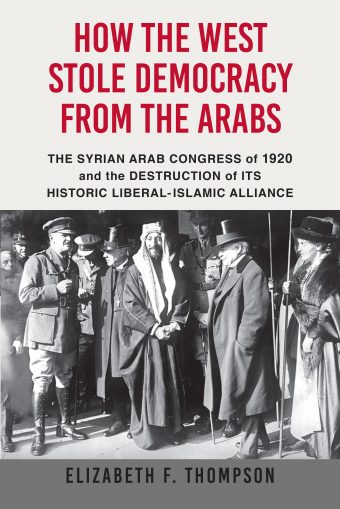 “While some pundits extol the virtue of strong government (i.e., dictatorship) in fighting Covid-19, Middle Eastern activists are once again mobilizing to insist that democracy is not a luxury in a time of pandemic…” Continue reading…

Today marks the 64th birthday of the wonderful Boris Akunin, creator of the indelible Erast Fandorin — a handsome, sophisticated nineteenth-century detective with a stutter — and hands-down one of the most popular authors in Russia. To celebrate, why not watch Akunin’s 2013 Sebald Lecture at King’s Place, London. He talks about his childhood, about cutting his writerly teeth under strict Soviet censorship (“Marxism de Sade instead of Marquis de Sade”), authors including John Steinbeck, Yukio Mishima, and others. Akunin is elegant, hilarious, and fascinating throughout. Give it a try:

A couple of years ago, the New Yorker spent some time with Joyce Carol Oates, one of the past masters of American prose, in her home in New Jersey. “To me it’s thrilling to be writing. If I’m not writing a short story or a novel, I would then be writing an essay, or a book review, or I could be doing Twitter — I now do Twitter,” Oates says. Right now, as we gear up to publish our tenth book  by Oates, and as we’re all spending a lot of time around the house, it’s the perfect thing to watch for a few minutes:

Looking for new music? James Hannaham has some! For the PEN World Voices Festival, the God Says No author put together a great playlist suited to any home decor, featuring all-too-topical jams like John Lennon’s “Isolation,” iMarkkeyz’s “Coronavirus,” and of course the pièce de résistance, Fiona Apple’s “Fetch the Bolt Cutters.” Let us speak plainly: you need these tunes. 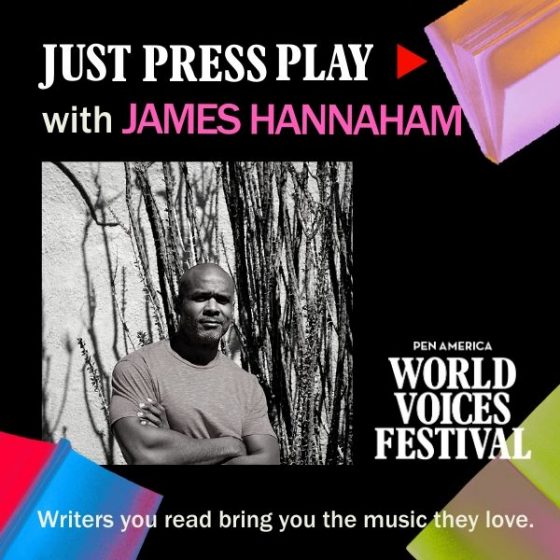 The Truth About André the Giant and Samuel Beckett

You may have read about it: Samuel Beckett’s friendship with a young André the Giant, who would have turned 74 today, has been the focus of tremendous internet attention. Perhaps best-known is this Open Culture story, which gets at the gist:

“In 1958, when 12-year-old André’s acromegaly prevented him from taking the school bus, the author of Waiting for Godot, whom he knew as his dad’s card buddy and neighbor in rural Moulien, France, volunteered for transport duty. It was a standing gig, with no other passengers. André recalled that they mostly talked about cricket, but surely they discussed other topics, too, right? Right!?”

This is obviously a great story, so it is with some regret that we share this extremely well-researched investigation from snopes.com. The gist: the claims are overblown, but not wholly false. And honestly, while it’s not as much fun as picturing young André hopping into Sammy’s truck to talk about last night’s Test match as the two unlikely friends savor their time together, it’s… still pretty amazing to think about. 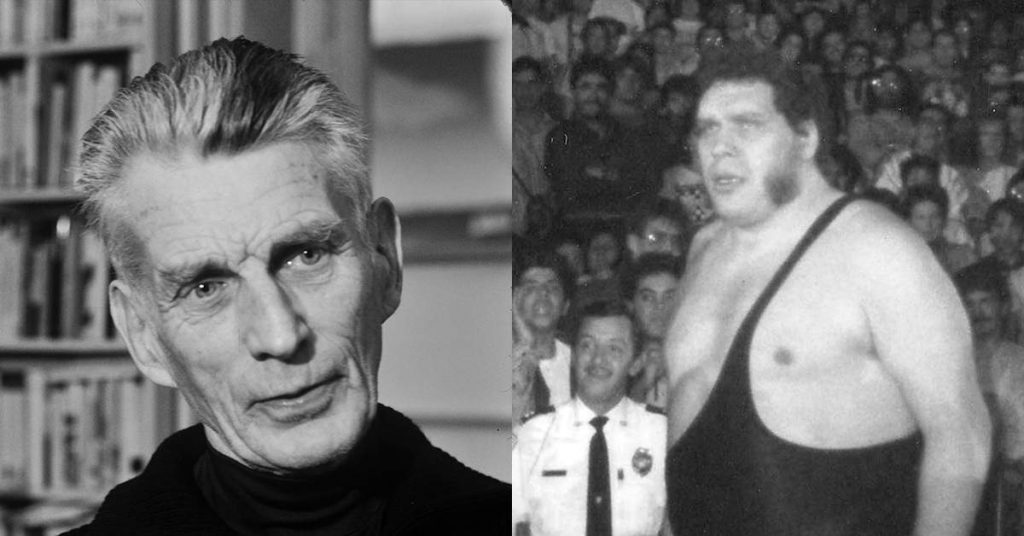 The Anti-Racist Poetry of Claudia Rankine

“I think of myself as a citizen — walking around, collecting stories, and using those stories to reflect our lives through poetry, through essays, creating these hybrid texts and plays that reflect back to us who we are.” Five years ago, the wonderful Claudia Rankine appeared on NewsHour to discuss her work, visiting Ferguson in the wake of Michael Brown’s shooting, and more.

This past Saturday would have been the 103rd birthday of Juan Rulfo, the Mexican author whose novel Pedro Páramo is routinely considered one of the greatest novels ever written. Reportedly, it was memorizing the entirety of the book that inspired Gabriel García Márquez to write One Hundred Years of Solitude. We’re proud to publish it in an English translation by Margaret Sayers Peden, with a foreword by Susan Sontag. And today, we’re enjoying this commemoration the legendary Ariel Dorfman offered, in the New York Review of Books, shortly after the centenary of Rulfo’s birth. 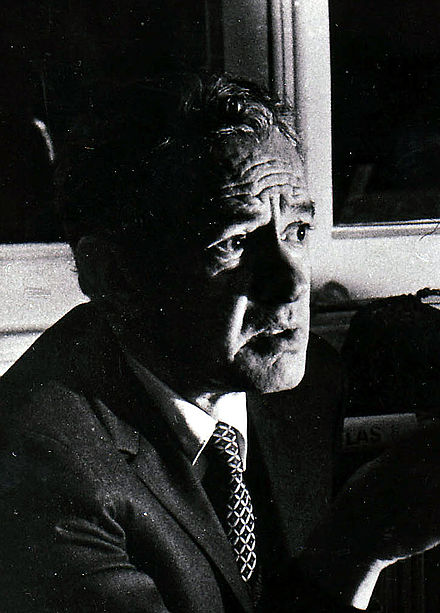 “How to explain that the centenary of the man who was arguably Mexico’s greatest writer passed last year with barely a notice in the United States?

“Juan Rulfo (1917–1986), rightly revered in Mexico and outside, is regarded as one of the most influential Latin American writers of all time. In the United States, too, he has been hailed, in The New York Times Book Review, as one of the ‘immortals…’” Continue reading…

Austria-born Lotte Lenya played Jenny in the world premier of Bertolt Brecht’s Threepenny Opera in 1928. In Pirate Jenny, the character — a maid at a crummy hotel — imagines exacted revenge on the townspeople and escaping with a crew of passing pirates. It’s one of the best-known of Brecht’s songs, and Lenya’s legendary performance is part of the reason why. Here she is performing it in G.W. Pabst’s 1931 film version of the Opera. 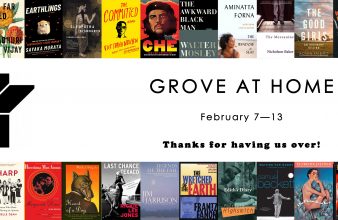