Well, it’s that time of year again. The ghouls have awakened from their centuries’ sleep, mad scientists are doing the Monster Mash with their unholy creations, and spookiness is the order of the day! From the crypt deep below Manhattan where we publish our most terrifying books, we thought we’d write to wish all you curdled-blooded readers a happy Halloween, and recommend some bone-chilling reads. 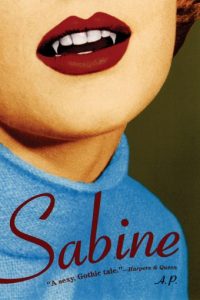 Set in the 1950s in a secluded French boarding school that may or may not be run by a vampire, Sabine is a tasty Gothic tale of obsession and sexual awakening. Rife with old money and older secrets, spoiled schoolgirls, and mysteries surrounding the school itself, it’s a smart, sexy, and gripping mystery that leaves you turning back to the first page after you’ve finished the last.

“A louche little tale of schoolgirl crushes and steamy makeout sessions, bloody fox hunts and formal balls, a hint of the supernatural, and more than a touch of evil… In Hollywood pitch, this book is The Secret History meets Interview with the Vampire. It’s campy, creepy, sensational fun that’s hardly life-sucking.” –Daily Candy 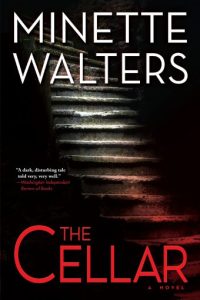 The Cellar by Minette Walters

The Cellar is a harrowing, compulsively readable novel about a family of African immigrants, the Songolis, and the dark secret they keep hidden in the depths of their seemingly respectable house in the London suburbs. On the day their young son fails to come home from school, fourteen-year-old Muna moves up from the windowless cellar where she’s been raised… but she is full of secrets, and it soon becomes clear Muna is far cleverer—and her plans more terrifying—than the Songolis, or anyone else, can ever imagine. 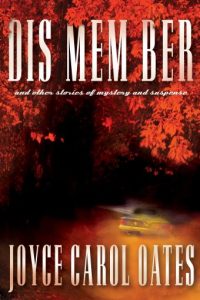 A meticulously crafted, deeply disquieting collection from exquisite prose stylist Joyce Carol Oates, renowned for her rare ability to “illuminate the mind’s most disturbing corners” (Seattle Times). The stories here focus on the inner lives of vulnerable girls and women—some victimized, others provoked, by deep emotional unrest, to commit violence against others.

“Oates creates worlds and minds as overwrought and paranoid as anything a female Poe could imagine, then sprinkles her trademark exclamation points licentiously through the interior monologues to heighten the intimacy between ecstasy and madness.”—Kirkus Reviews 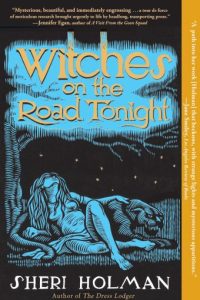 Witches on the Road Tonight by Sheri Holman

A New York Times Editors’ Choice, this brilliant tale exposes the fears and lies that haunt several generations of an Appalachian family, taking readers deep into the backwoods of the Depression-era south and teasing out the dark compulsions and desperate longings that blur the line between love and betrayal. The ghost stories of one generation infiltrate the next, and old rumors of witchcraft take on chilling new dimension.

“Holman is a master of the miniature. She uses tiny, achingly accurate details to bring each moment to life on the page; her sentences sing… This richly layered novel is Holman’s most ambitious and successful yet.”—People (4 stars) 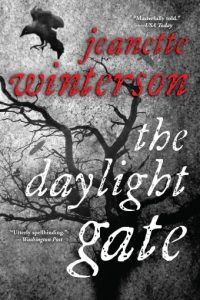 On Good Friday, 1612, deep in the woods of Lancashire, England, a gathering of thirteen is interrupted by the local magistrate. With two of their coven already imprisoned for witchcraft, all eyes are on the wealthy and mysterious Alice Nutter, gifted with eternally youthful beauty, standing alone as a realm-crosser, a conjurer of powers that will either destroy her or set her free.

“More than a shivery treat… [The Daylight Gate] touches on nearly every aspect of witchcraft, both historical and imaginative… sober, precise, and solemnly beautiful… Utterly spellbinding.”—Washington Post 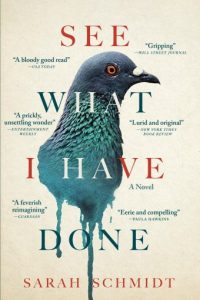 See What I Have Done by Sarah Schmidt

On the morning of August 4, 1892, Lizzie Borden calls out to her maid: Someone’s killed Father. The brutal murder of Andrew and Abby Borden in their home in Fall River, Massachusetts is one of history’s most notorious, and young Lizzie, ultimately acquitted of the crime, is to this day the only person accused of it. Sarah Schmidt’s astonishing debut novel looks to that crime unflinchingly, shifting among the perspectives of the unreliable Lizzie, her older sister Emma, the housemaid Bridget, and the enigmatic stranger Benjamin in a high-wire feat of storytelling.

“Eerie and compelling, Sarah Schmidt breathes such life into the terrible, twisted tale of Lizzie Borden and her family, she makes it impossible to look away.”—Paula Hawkins, author of The Girl on the Train 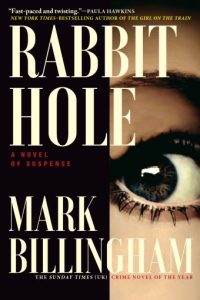 Alice Armitage is a police officer. Or she was. Or perhaps she just imagines she was. Whatever the truth is, following a debilitating bout of PTSD, self-medication with drink and drugs, and a psychotic breakdown, Alice is now a long-term patient in an acute psychiatric ward. When one of her fellow patients is murdered, Alice begins her own investigation — but her life begins to unravel still further as she realizes that she cannot trust anyone, least of all herself.

“A one-of-a-kind narrative and a finale that resolves most matters but preserves a measure of tantalizing ambiguity.”—Wall Street Journal 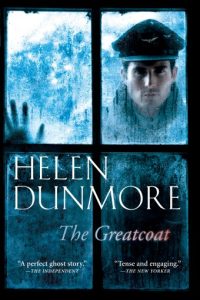 The Greatcoat by Helen Dunmore

In this evocative and sophisticated ghost story, housewife Isabel Carey finds herself living in Yorkshire in 1952, with a husband who works long hours and often leaves her lonely and vulnerable at home. Until one day, looking for blankets, she discovers an old RAF greatcoat hidden in the back of a cupboard, and sleeps under it for warmth. Awakened by a knock at her window, she discovers a young RAF pilot named Alec, wearing a familiar RAF coat. His powerful presence disturbs and excites her as they begin an intense affair… but all is not as it seems.

While they may not exactly be spine-tingling, here are two more reads we couldn’t resist recommending: 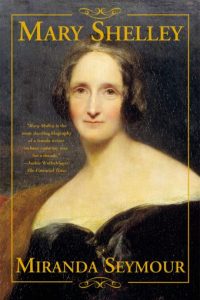 No tale of horror itself, this wonderful portrait of the life of author Mary Shelley, raised among the avant-garde of early-19th-century London, sheds stunning light on her mind and the forces that formed it. And it includes the story of that infamous night of eerie thunderstorms by Lake Geneva, when Shelley, her husband (poet Percy Bysshe Shelley), and Lord Byron told ghost stories and tales of horror, ultimately giving birth to Frankenstein, a tale of Promethean horror that has haunted imaginations for more than two hundred years.

“[A] splendid biography.” –The New Yorker 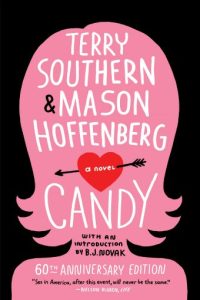 A satire of Voltaire’s Candide that’s not scary at all! Candy is a lusty romp of a story centered around the impossibly sweet Candy Christian. Candy is a wide-eyed, luscious, all-American girl who breaks ties with her family and sets out to experience the world, only to find herself on adventures with mystics, sexual analysts, doctors, and anyone else she meets. And hey, what’s Halloween without Candy?

“Wickedly funny to read and morally bracing as only good satire can be.”—William Styron 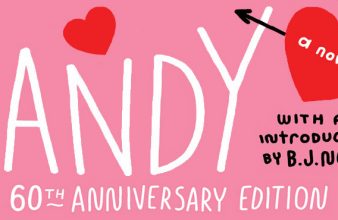 10 Scandalous Facts About the 1958 Novel Candy 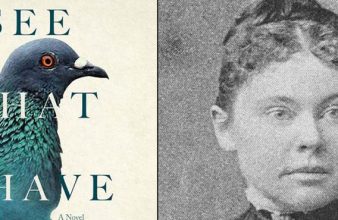 Why are we still so obsessed with Lizzie Borden?